Socio-economic factors can also contribute to obesity, in a way that more affluent areas are more likely to have a lower proportion of individuals that are obese than those who live in deprived areas. In fact, the highest rate of obesity in the most deprived area of the UK is located near to the north east in places such as Boston with a 32.6% proportion of the population in the area being classed as obese. The more affluent areas, such as central London, in places such as Kensington and Chelsea, the rate is substantially lower, at around 20%. Reasons that reflect the statistics is that an increase in fresh produce through inflation and Brexit, has led to an imbalance in food prices. This means that healthier fruit and vegetables are more expensive than unhealthier processed foods, due to excess tariff costs associated with international trade links of non-European countries. This was seen in April 2017 where it was documented that after Brexit was announced in 2016, the average household were spending £21.31 more on shopping for fresh produce. People in more affluent areas also have more access to open spaces and facilities that promote exercise such as the gym. Linking this to childhood obesity, the barrier of access to open spaces in deprived areas means that most of these children will face obesity during adulthood as well. Education also provides a role in bringing to the public’s attention. People who are more aware of the dangers of excess fat and lack of exercise are more likely to be encouraged to find a solution, whereas people who are less educated in terms of what is considered a healthy lifestyle, tend to not be aware of the dangers that it poses, or the importance of it. 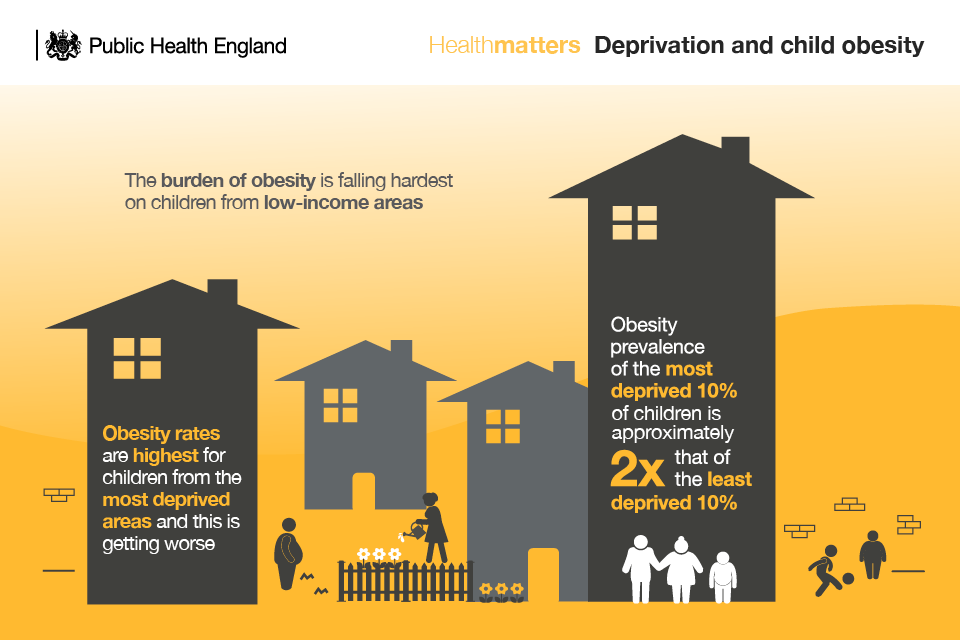 How Obesity Relates to Socioeconomic Status