After an extremely hectic month on Dofe, revision, tests and competitions I’ve finally managed to find time to sit and write a blog post so here it is! 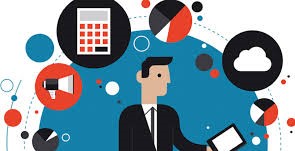 Videos and posters depicting the world as 100 people have recently become a popular and engaging way to share current population statistics, some of which are more surprising than others. For example if the world was a town of 100 people the population would be almost evenly split with 51 living in ‘urban’ areas and 49 in ‘rural’ areas. The range of nationalities would be less diverse than you’d think with; 61 Asians, 13 of each for both African and American (including both north and south) nationalities, 12 Europeans and only 1 Oceanian. And of those people; 17 would speak Chinese, 9 English, 8 Hindi, 6 Spanish, 6 Russian, 4 Arabic and 50 would speak other languages as there are far too many to name.

These ‘infographics’ are so popular because almost 90% of our brain is said to be visual, meaning we can process images far faster than text. Not only are people 60% more likely to remember something they’ve seen over something they’ve read, but they’re also more likely to believe it and can then discuss it with friends and peers. For example in just two years, one graphics website (KISSmetrics INFOGRAPHICS GENERATED)  had over 2.5 million visitors, and almost 1 million tweets and other links to it from those sharing what they’d seen. Hence why infographics are being used more often in business and advertising.

The infographics that inspired this article are by a designer called Toby Ng, who uses relatively simple images to express information. My favourites are the ones depicting Food, Births/Deaths and HIV. I find them the most intriguing as although the numbers seem relatively small for things such as HIV and Starvation, each person in the village corresponds to about 74,158,000 people. This means it often difficult for people viewing these images to understand the scale of those problems. For example I asked both my mother (a nurse) and my younger brother (13) how many people in the village they thought would be affected by certain factors and compared their answers to the actual values given. I believe that the values shown reflect the information they are exposed to.

My brother, who spends a lot more time online, watching TV and Hanging out with friends has a greater understanding of the proportions of those who are overweight as he has more exposure to fast food advertisement which is often aimed at younger people. He also surprised me by suggesting that he thought about obese people as well as very underweight people  and those with eating disorders when estimating his malnourishment value as “none of those people would have a very balanced diet”, which I thought was a positive reflection on the way children are being educated about food.

My mother on the other hand was far more accurate on medical factors given her history in the field as both a midwife and gynaecology nurse, but struggled to conceptualise the world as a whole when estimating values for food related issues. Instead she used what she would see day to day in the UK and on charity advertisements thus supporting my theory of people struggling to connect the scale of the world to the scale of the hypothetical village.

In the field of medicine I believe it is important that we can visualise and share information and statistics as clearly as possible while still showing the scale of the problems. Henceforth allowing us to both focus more on large scale problems as well as being able to compare and combat those that are having the most effect. Also, public sharing of a wider range of information through more visual campaigns would improve overall public understanding of our position as citizens of a more ‘privileged’ country especially in the context of wars, refugee crisis and food shortages.