For my final day in Hamad General Hospital I was in the female see and treat emergency department. During the Ramadan opening times for the hospital, I was in the evening shift and it wasn’t particularly busy until around 10 pm. Since it is a see and treat department the cases here are not severe at all and it does not take long at all before the patient is discharged. Whilst waiting for the first few patients I was speaking to some different consultants about the similarities and differences between Qatari hospitals and British hospitals:

The hospital is constantly reviewing its statistics and takes action appropriately, graphing its achievements against their initial targets per ward. Whilst in emergency I noticed this document on the notice board and read that they report on certain indicators: 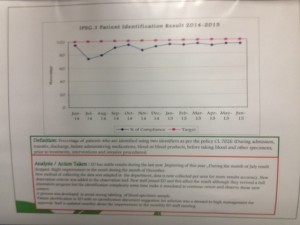 The use of these indicators can be seen applied to blood sampling as presented in the graph above which illustrates new methods developed in the hospital, such as a new method to collect data per area for more accuracy, increased staff in the emergency department and introduced better labels for blood samples. 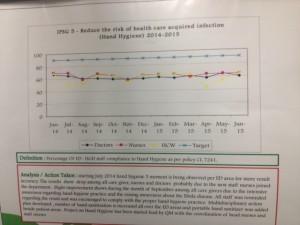 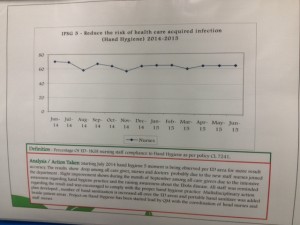 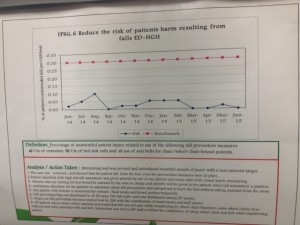 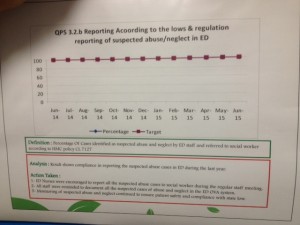 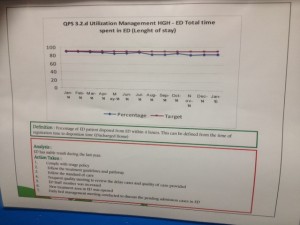 The emergency department has kept very well to hours of emergency patients in hospitals though a slight decrease but they have provided more solutions and targets, for instance daily bed manager, a new area of the department opened and increased staff. 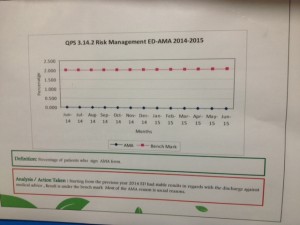 Alongside the many statistics presented above, studies of common injuries in the hospital were documented and below shows an example of Ankle Sprain Cases and development on how to diagnose it and treat it to be more cost effective and time effective, for example cutting down on the number of patient requiring an x-ray of their ankle by developing a new physical test for a specific injury. 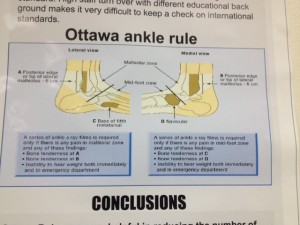 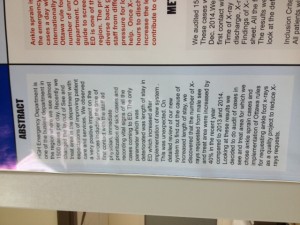 To conclude my experience in Qatar, it was the epitome  of awesome! I saw such a variety of departments and truly learnt the differences between the healthcare system in Doha to England as well as realizing that each system could benefit greatly by their unique methods.