Don’t ever let your child suffer, especially with this one.

Right this one’s a grim one folks especially for those who have a particular endearment towards children. Any Medlinkers will remember the deathly silence that enveloped the room when we heard the sound of whooping cough during the presentation on Paediatrics by Dr Martin Hewitt. I think everyone felt at least a little uneasy during those few seconds (I almost had a lump in my throat and the guy next to me even had to leave the room for a few minutes, poor guy. If you can say that it didn’t hit you, you’re either a liar or made of stone.

For any of you who weren’t there here’s an example of a child afflicted with whooping cough: http://www.youtube.com/watch?v=TIV460AQUWk 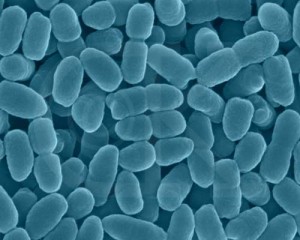 Whooping cough (known in the medical world as pertussis) is an acute infectious disease, seen primarily in infants, caused by the bacterium called Bordetella pertussis. It is estimated to affect 48.5 million people yearly, resulting in almost 295,000 deaths. It affects the respiratory tract and will often occur in epidemics (such as the 2012 epidemic). After an incubation period of 1-2 weeks there is a catarrhal stage (catarrh being the excessive secretion of mucus/thick phlegm by the mucous membrane of the nose, nasal sinuses, nasopharynx, or air passages) where the infant shows signs of an upper respiratory tract infection. A cough then develops, which becomes increasingly severe and is accompanied by the characteristic whoop, which is a desperate gasp of air following the burst of intense coughing, as well as vomiting afterwards. The child can become exhausted by the constant coughing and even stop breathing causing them to go blue. This stage lasts 4-6 weeks.

Several complications can arise due to whooping cough with the most common being pneumonia (bacteria-caused inflammation of the lungs in which the alveoli become filled with inflammatory cells causing the lung to go solid) but convulsions (caused by asphyxia or bleeding into the brain) can also occur as well as bronchiectasis (widening of the bronchi or their branches as a result of infection). An estimated 1.6% of cases are fatal in infants under 1 year of age who are hospitalized. Newborns are also more likely to develop complications (20% alone contract pneumonia).

The figures of the 2012 epidemic which show just how contagious it can be.

There are surges of pertussis every 3-4 years and in 2012, 9,741 people were affected by pertussis, 10 times the number there had been during the last outbreak in 2008, making it a record level. The reason the number of cases is so high is most likely due to the virus mutating. Unfortunately there were 429 cases of pertussis in children under 3 months old during the outbreak and 14 newborn babies in total died. Epidemics were also declared in 2012 in Washington and Vermont, USA, in April and December respectively.

It is not only infants that can suffer from pertussis, anyone can catch it, but it tends to only be deadly in infants due to their undeveloped immune systems. Older children and adults will usually only have a prolonged cough. However patients with comorbid conditions can have a higher mortality rate.

The bright side Matt?

Thankfully anyone who recovers will almost definitely receive lifelong immunity and vaccination is effective, having saved over 500,000 lives in 2002. The vaccination is usually given as part of the DPT vaccine (Diphtheria, Pertussis, Tetanus). 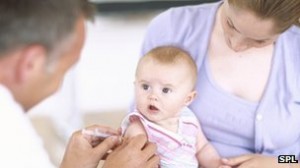 Vaccination is of primary importance.

The vaccination comes in 3 doses and babies are vaccinated at 2 months of age then again at 4 months and 6 months. Pregnant mothers can also be vaccinated which also protects their children as the mothers’ immune systems will be prompted to make more antibodies against the bacterium which will pass from mother to child in the womb.

In response to the 2012 epidemic, a programme was set up near the peak of the outbreak to offer expecting mothers that are 28-38 weeks pregnant vaccinations against pertussis. In October that year, 40% of eligible women had jab and that number increased to 55% two months later. The number of cases fell to 832 in December that year, almost half the number it had been in October. I hope vaccinations continue to rise as after year of low levels of pertussis I believe the population may be more vulnerable.

Whooping cough is an awful disease for children and heartbreaking for parents. If you haven’t already had it, GET VACCINATED.