The six nations has started a competition that puts the six nations of England, Wales, Scotland, France, Italy and Ireland against each other in rugby union. 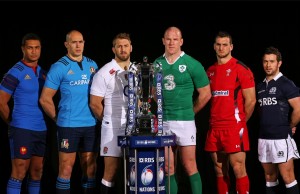 Anyone watching the games on TV is bale to see the colossal impacts that take place in the match with giants of men sprinting at each other only to be stopped by a full contact tackle. These players undergo this kind of intense physical activity every game so what are the health risks of the impacts, constant knocks and brutal tackles.

With the forces involved in every tackle being as high as the force of a fringe freezer it is easy to see how rugby players sustain injuries particularity due to the fact that player can make over 20 tackles in a single game. This extended over multiple games can lead to the body unable to take any more punishment so injuries occur. Even so it is staggering to know that one in four rugby players will be injured throughout the course of a single season. This figure being three times higher than in football.

As we can see from this list the injuries sustained can be pretty horrific which explains the need for multiple substitutes in a game of rugby. These types of injuries can see multiple players being taken off by a stretcher in a single game which is not what anyone wants to be seeing. Once a injury is sustained should the player be able to carry on playing then tart part can become a weak spot so can become prone to injury. This can have an effect on everyday life not just on the rugby pitch. Spinal and head injuries can in worst case scenarios lead  to loss of a life. 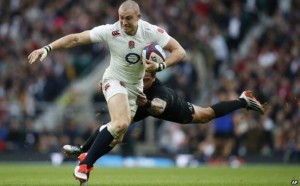 Repeated Concussion is believed to result in multiple problems with the brain including making players more likely to develop dementia. This is partly caused by concussion going unnoticed or not treated properly when a player feels they can carry on. It is seen as rugby’s number one issue due to the severity of the potential affects as well as little research having being done in this area. It is logical to conclude that them multiple hits cant be the best for the body with having more than four concussions in any sport preforming worse on some neuropsychological tests.

Taking part in rugby will increase the chances of arthritis due to the pressure that joints undergo during every tackle. This can affect any activity due to being restricted in movement with sometimes constant pain.

Another implication of rugby is the alcohol consumption associated, with rugby players drinking alcohol more heavily than in any other sport. This can lead on to other health implications as a result including liver damage and cancer of the throat.

Injuries can cause areas of weakness that can be hurt easily in the future when not even playing rugby. Some spinal injuries can cause paralysis leading to an individual being wheelchair bound for the rest of there life. 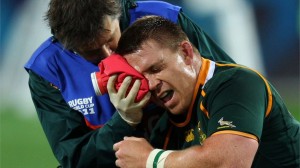 Although there is undoubtedly risks in playing rugby there is also benefits such as increased cardiovascular fitness, strength, speed furthermore there are social benefits such as team skills, communication skills and general social interaction. It also helps to release that anger from the system.

It is recommended that players know these risks as well as benefits before putting on there boots. This is with the emphasis that if anything doesn’t feel right or if you should get a knock to the head then it’s best to receive the required treatment. New research is being done on the affect of concussions to fully understand weather they pose any long-term health risks.

I hope u all enjoyed reading my blog which team is anyone else supporting in the six nations personally it England all the way. If you have any suggestions on how to improve my blog or any questions feel free to comment.