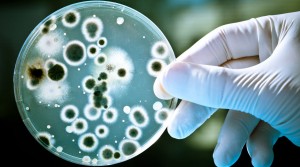 With the misuse and over prescribing of antibiotics the world is faced with a major threat to peoples lives. The problem is that now there are many forms of bacteria most notably MRSA  (methicillin-resistant staphylococcus aureus) that are resistant to antibiotics. These are often resistant to many different antibiotics which makes them particularly concerning. It means that infections that could once be solved by antibiotics are now becoming deadly due to no way of treating the infection due to antibiotics not being effective any more. This can also make operations risky due to exposing the body to infection which is why after many operations the patient is prescribed with antibiotics.  This has all happened because if not all of the bacteria are destroyed by an antibiotic then they are able to gain resistance from it. The bacteria then multiply which creates lots of resistant bacteria that can all do damage. This problem is caused by people not finishing their prescribed antibiotics as they start feeling better but therefore means that not all of the bacteria are destroyed. Another potential cause is over prescribing of them, the modern person expects to be given a drug when they visit the doctor this therefore means that the antibiotics are being given out unnecessarily in order to keep the patient happy. The short amount of time that GP’s have with patients is also another factor due to the easy solution being to give a person antibiotics if the condition is unknown. This indicates that some people may be receiving them when in reality they don’t need the antibiotics to get better. With more people using antibiotics it increases the chances of resistant forms being made and then spread.

Trying to find a solution

Due to the severity of the situation research has been going on to try and find new antibiotics or other solutions as it is feared that up to 10 million people could be dying from these bacteria every year by 2050. Some new discoveries have been made in the fight against these bacteria which shed hope for the future.

Brazilian peppertree has the ability to knock out the destructive nature of the bacteria. It was discovered due to amazon healers had been using it to treat skin infections. The tree was picked apart to try and find the source of the healing factor to try and understand how it worked. It turns out the compound works by 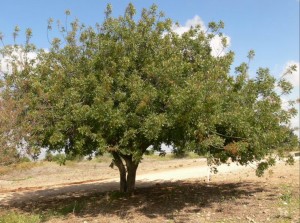 not killing the actual bacteria like antibiotics do but disrupting the communication between them. This stops the bacteria from working as a group so less toxins are distributed at any one time. This then gives the body a fighting chance to deal with the infection. Whats even better about this plant is that it is abundant with it thriving in subtropical climates such as south america, some american states such a Florida. More research needs to be done to ensure that is it effective and safe with so far positive tests on mice having been conducted.

A new antibiotic that is produced by bacteria on African ants is proving to appear effective against resistance forms.This is a new bacteria spices called Streptomyces formicae found from a Fungus growing plant ant. Lab tests have concluded that it can be used against against MRSA and VRE (Vancomycin-Resistant Enterococci ) which are both resistant to more than one bacteria. The ants live in thorny acacia trees that provide a mutual relationship, with the plant providing housing for the ants and the ants stop the tree being eaten by bigger herbivorous as they wont eat a tree with lots of ants on it. The discovery highlights the need to explore different environments to try and find hoe nature could be used to benefit us. Again more research is needed to prove that it is effective and safe.

Hopefully these new discoveries will lead to a new generation of antibiotics or ways of treating diseases caused by bacteria. This would save many lives from not having infections becoming fatal as well as ensuring that it is safe to undergo operations.

Thanks for reading if you have anything to add or ask please comment if not then I hope you enjoyed reading.