Appendicitis is when the appendix swells up resulting in pain in the abdomen, the main solution to this is to surgically remove the appendix but is there another alternative. 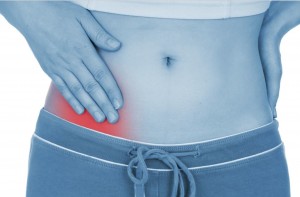 Appendicitis has no known definite cause which makes prevention very hard so as a result it is one of the most common reasons that someone needs to go into surgery (one in 13 people will develop appendicitis) . It can develop at any age, but people between 10-20 years old are more likely to get it. The cause is believed the be due to infection or due to obstructions but has not been proven.

Up until this point the way it has been treated is by either keyhole surgery or open surgery which will remove the appendix (appendectomy) getting rid of the irritation, this is made viable by the little to no function that the appendix plays in the modern human body. This method has proven to be daunting especially to younger children who have no experience or knowledge of what is gong on. As with any operation there is also a small chance that something could go wrong or that complications can occur.

The use of antibiotics has been used somewhat in the treating of appendicitis before, in patients where there is little risk of the appendix bursting they might have been prescribed antibiotics to reduce the size of the swelling to make the operation easier or to allow keyhole surgery rather than open surgery. It is now thought that antibiotics could replace surgery as the prime treatment for appendicitis to provide a cheaper as well as a easier way to treat the condition.

So far not many trials have gone ahead to explore this possibility so more research needs to be undertaken. In studies involving 413 children non of them experienced any safety concerns or affects of using antibiotics but 14 percent of them studied went on to recurred the condition that wouldn’t have happened if an operation had been carried out. Without removing the appendix then patients could also be more likely to devolve complications with there appendicitis that can lead to abscess or peritonitis which is caused by the spreading of the infection to to other parts of the body around the appendix.

In the future there may not be as many surgeries to do with appendicitis and may become more of a last resort if antibiotics prove to be effective treatment. Only with increased research and trial will be sure of weather this is a viable option.

Hope you enjoyed reading any questions or suggestions leave in the comments used sources from medical news today and the NHS so if you want have a look at them then here are the links.