A compound found in broccoli (sulforaphane) has been found to be able to prevent cancer or slow down it’s development. 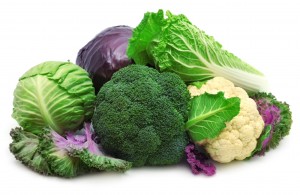 The broccoli appears to switch on genes that help to prevent cancer while also switching off gens that causes the cancer to spread. It is believed that the many genetic changes that lessen thew risk of prostate cancer in particular. Cancer itself is deemed to be mostly caused by the diets of those affected with preventing cancer being easier than actually curing the cancer once it develops. With broccoli being the most beneficial it is also thought that other cruciferous vegetables such as cauliflower could also contain mechanisms to help prevent cancer.

They are able to do this by disrupting the cancer cells from forming colonies, lncRNAs are believed to play a part in the development of cancer, by being able to regulate gene expression. When they become dysregulated can be thew fuelling force for disease. The sulforaphane in broccoli is linked to being able to prevent this which then reduces the risk of a person developing cancer. This understanding is important not only in the prevention of cancer but also the treating, due to a better understanding of the cause in the first place.

There are many conflicting studies as to how much broccoli and cruciferous vegetables to consume to gain the best prevention of cancer. with some studies saying that one portion a week enough while others state that having half a portion a day is more beneficial. However with this said broccoli definitely does help to prevent cancer so it is a must in peoples weakly diet. Preventing cancer in this way is easy and means that less would actually develop the disease in the first place.

Thanks for reading George