On this day in 1984 the cause of acquired immune deficiency syndrome the HIV virus was identified as the cause of this disease. This was announced by the national cancer institute lead by Dr. Robert Gallo. 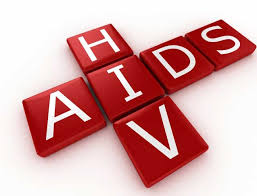 This was of course a major discovery as up until this point it was unknown of the actual cause of aids making research and treatment incredibly hard. As the name suggests aids is a disease that affects the immune system prohibiting the bodies ability to sufficiently defend against further infection. As a result many aids suffers don’t die from aids itself but from another disease that would normally be dealt with by the immune system.

HIV is the virus that causes aids, it is a retrovirus that destroys T-cells which makes it a particularity difficult infection as these cells are the cells that are supposed to be destroying the virus and are vital in the immune system. A HIV virus will bind to the antigens of the cell and gain entry once inside the virus changes the DNA of that cells so that it produces more HIV virus.This is done by converting the RNA in the virus into DNA with the enzyme reverse transcriptase. The RNA and enzyme are both present in the virus and its this aspect that makes it retro virus. The T-cells then produce HIV viruses as this is now coded for in the DNA. The number of the viruses builds up in the cell until they cause the cell to burst, the viruses inside are therefore released able to infect other T-cells. This cycle is repeated again and again until there isn’t enough of these T-cells to combat any other infection which is then aids. Essentially leaving the body defenseless so susceptible to other diseases.

When discovered in 1984 it was hopped that a vaccine could be created in two years and now in 2017 we still don’t have a way of curing the disease. Despite this huge progress has been made with many people infected with HIV able to live long normal lives thanks to antiretroviral therapy. This is a range of medicines that help to control the virus to stop it getting out of control. Which is major considering before these were developed HIV was seen as a death wish.

Research into this area has also enabled scientists to have a greater understanding of the role of the T-cells in the immune responses. The spread though sexual contact as well as from mother to child has been explored leading to advice on prevention. Another discovery is that about one percent of the population is immune to the HIV virus, this is due to a genetic change that alters the antigens on the T-cells meaning that the virus can no longer bind onto the cell to gain entry. This opens up the possibility of gene therapy as a cure for the disease. With further developments and research it is in my belief that one day a cure will be found. All of this development made possible by the discovery of the virus back in 1984 on this very day.

If you have any questions feel free to ask