New study links the risk of migraines with being overweight or underweight. 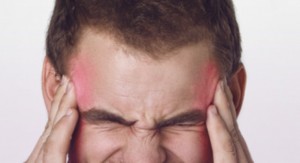 A migraine is usually a severe headache that may be a recurring condition and can potentially harm someones quality of life. It is a common condition with half of the population between 18 and 65 estimated to have experienced a headache in the past year with 30 percent of these being migraines. A migraine can also display symptoms of nausea vomiting or increased sensitivity to light. The symptoms for each individual case can be different with reports of sweating, diarrhoea and poor concentration also being common symptoms.

There are many types of migraines these include

So far the cause of a migraine is unknown so there is no cure but thee are factors that are believed to increase the risk of having them. These include lack of sleep, stress and lack of exercise but it is unknown why these affect the likelihood.

A look into 12 studies involving 290,000 participants showed that people deemed as overweight having a BMI of over 30 were 27 per cent more likely to have a migraine than someone of normal weight. It was also found that people were were deemed underweight under 18.5 for BMI were 13 percent more likely to have a migraine than a person of normal weight. The results remained the same after considering age and sex.

The study can’t be completely accepted due to the data being put in by participants so may prove to be inaccurate as well as only a moderate correlation without considering other factors such as metal illness, diet or physical activity. Despite this suffers of migraines may wish to consider this as a potential way to reduce migraines with a change of lifestyle to put them at normal weight. So far the treatments of painkillers and other medication only help to treat the symptoms so this may be a way to prevent them.

I’m going to leave you with a quote from Dr. Peterlin  with a potential explanation for weight affecting the risk of migrates.

“It is not clear how body composition could affect migraine. Adipose tissue, or fatty tissue, secretes a wide range of molecules that could play a role in developing or triggering migraine. It is also possible that other factors such as changes in physical activity, medications, or other conditions such as depression play a role in the relationship between migraine and body composition […] As obesity and being underweight are potentially modifiable risk factors for migraine, awareness of these risk factors is vital for both people with migraine and doctors.”

One thought on “Body weight can affect the risk of migraines”