I have been attending my local GP Surgery for work experience, since September, and last week was the first week I was able to shadow a nurse and see something clinical. I sat in during the ‘Red Clinic’ which is an outpatient clinic for chronic diseases. Many of the patients had high cholesterol and some were taking a certain medication called ‘Statins’.

I was not completely aware of what these were but when I read this month’s issue of the Student BMJ, I read that one of the clinical controversies of 2015 was ‘should most people over 50 take statins?’

It was very interesting to see the connections between the information in the journal and the practices they were carrying out at the Surgery; it seemed to make it a lot more real. It mentions about a risk calculator and how the National Institute for Health and Care Excellence (NICE) has reduced the risk threshold from 20% to 10% of any future problems relating to developing a cardiovascular disease. I was aware of this as they were using a similar calculator as the GP’s; it takes into account your age, weight, previous medical history and attempts to give you a reading of how likely you are to develop any more diseases in the next 10 years. 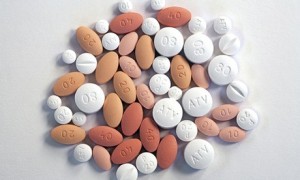 Statins are a group of medicines that can help lower the level of low-density lipoprotein (LDL) cholesterol in the blood.

LDL cholesterol is most commonly known as ‘bad cholesterol’ and statins reduce the production of this in the liver. High levels of ‘bad cholesterol’ in the blood can lead to fatty deposits building up in your arteries. This can be very dangerous as it can reduce the flow of blood and cause diseases such as atherosclerosis. 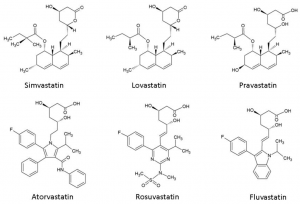 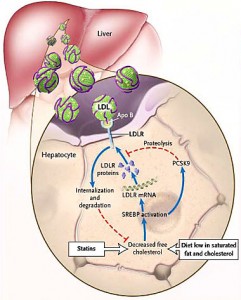 Although statins aim to reduce the level of cholesterol by 30% and are successful (researchers discovered that the pills, taken by around seven million people in Britain, save around 750 lives a years by preventing fatal heart attacks and strokes), other, less drastic measures, have also been successful. Other health interventions aimed at lowering cholesterol and blood pressure, such as reductions in salt and fat consumption and upping activity levels prevent 4,600 deaths a year.

Furthermore, Prof Sir Michael Marmot, Director of the Institute of Health Equity, UCL, said it was important to address the causes of heart disease rather than use drugs to treat the consequences.

Despite this, statins have made a real difference and therefore it is a very controversial debate as to whether GPs should prescribe these. It is possible that they may be good as a preventative medicine but it might be better if they should only be prescribed when it is necessary to be taken.

I am looking forward to learning more about the different cases of hypertension and high cholesterol and understanding which different treatments are appropriate in each case.