This week, Horse and Hound did an article about what’s new regarding mare health. I found this a particularly interesting article and myself I have only ever owned mares. An interesting insight which I hope will enlighten me when in future looking out for my own horse.

Obese animals with EMS become insulin resistant and have altered levels of insulin and lipids in their blood. This can result in laminitis and even abortion in pregnant mares. Note that mares suffering from EMS before becoming pregnant are particularly at risk of high blood glucose levels due to insulin insensitivity.

Your vet can offer specific drugs that may be used to treat EMS. An owner can also reduce the risks to a pregnant mare suffering from the condition by limiting or prohibiting her access to hard feed and grass, while feeding a high-forage diet based on hay or haylage.

Exercise, as long as it is not prevented by laminitis, can also help control obesity. It is generally safe to exercise a mare until mid-pregnancy, but you should always discuss this with your vet first.

Promoting pre-natal health: Remember too that routine care should not be forgotten in the excitement of getting a mare pregnant and the impending birth. Attention to worm control, foot care and dentistry are all important if you want her foetus to remain well. A full dental examination by an experienced practitioner prior to breeding, or between foaling and rebreeding, will help promote a healthy pregnancy. 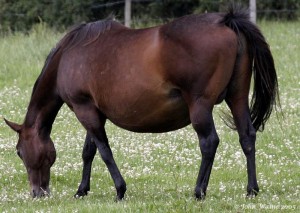 affect their own health and that of their child. In mares, screening for infectious diseases should take place before the mare becomes in-foal.

Whether the mare is being covered naturally or by artificial insemination, it is important that both she and the stallion should first be tested by swabbing for the bacterial venereal diseases contagious equine metritis (CEM), klebsiella pneumoniae and oseudomonas aeroginosa. They should also be blood-tested for equine viral arteritis and infectious anaemia.

If any of the tests are positive, your vet will advise you the necessary treatment. Once the tests are clear, breeding may proceed. Your vet will recommend a suitable vaccination programme to protect your mare against infectious diseases during her pregnancy – including those that can cause abortion, such as equine herpes virus.

Management also has a large part to play. Minimise your mare’s risk of exposure to a disease by keeping her in a small group and around from young horses, those travelling or new yard arrivals.

Clues from the cervix?

Monitoring the cervices of pregnant women using ultrasonography is an accepted technique for predicting whether they may give birth prematurely. In mares, we know that failure of the cervical seal can cause pregnancy loss by allowing bacteria to track through the cervix and into the uterus before reaching the placenta. But ultrasonographical monitoring of mares’ cervices is not a common method of detecting these sorts of problems.

Traditionally, cervices have been assessed either by vaginal palpation or by using a speculum – techniques that run the risk of introducing infection. Palpation via the rectum is another option, but this is less accurate.

A recent study by researchers Dr Stefania Bucca and Ursula Fogarty has established the ultrasonographical appearance of the cervix at different stages of pregnancy in healthy mares. This research is significant because, once we know the standard appearance and measurements; we can use ultrasonography to identify abnormal changes to the cervix. A monitoring technique could then be developed to detect problems early on and to initiate treatment as early as possible.

Mares that have previously aborted due to placentitis – a (usually infectious) inflammation of the placenta – will benefit greatly from ultrasound monitoring of both the cervix and the combined uteroplacental unit during pregnancy. This monitoring will increase the chances of detecting and treating problems early and before external signs of infection, such as vulval discharge or premature mammary development, would have become apparent. 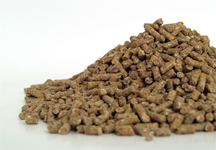 An enormous amount of attention is devoted to what pregnant women should and shouldn’t eat and to suitable vitamin and mineral supplements, Undernutrition in pregnancy is known to have a detrimental effect on the health of the offspring in most species – including horses.

For most mares in the UK, however, there is probably a greater risk of owners overfeeding their mares. Because most of the foal’s growth occurs in the last third of a pregnancy, a mare’s nutritional requirements until that time do not differ significantly to those of a non-pregnant mare.

A 2012 study published in the veterinary record, by Van der Heyden et al, shows that nutrition during pregnancy has a significant effect on whether or not a foal develops osteochondrosis (OCD), which is a form of developmental oorthopaedic disease.

These study results should be interpreted with caution, because no data was available about the composition or the quantity of the foodstuffs being fed to the pregnant mares. But the overall conclusion supports the claims of previous research – that overfeeding mares during pregnancy is detrimental to the orthopaedic health of their offspring.

The message for the owners to take from this is that pregnant mares should have a high-forage duet supplemented by the correct balance of vitamins and minerals, which are available in commercial form from most of the large feed suppliers. She should not be overfed protein or starch, or be allowed to become overweight.

Pregnancy failure – should you try again

Even with the best care, pregnancy in loss rates in mares remains stubbornly high. Around 15% of pregnancies in UK mares confirmed at 15 days post-ovulation do not result in a live foal. For both emotional and financial reasons, many owners of mares who have suffered embryonic or foetal loss want to know whether it’s worth trying to breed again. 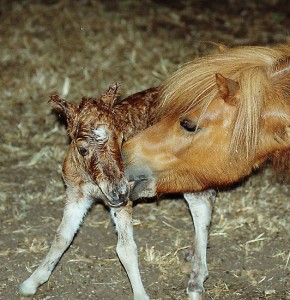 Where the cause of pregnancy loss can be determined, the attending vet will be able to advise on whether it is likely to recur. In many cases, however, the exact cause and even the timing of embryonic loss remain unknown. This is partly because the loss is often only detected after it has occurred, but also because the mechanisms that cause it are not yet fully understood.

Research carried out last year in South Africa by Shulman et al established a ‘logistical regression model’. This takes into consideration data such as when the mare was foaled, her age and reproductive status, her incidence of early embryonic loss and the number of oestrous cycles in which she has been mated in a given year. This data can then be used to predict whether she is likely to become pregnant, and, if she does, the chances of carrying the foal to term.

Should this model prove applicable to larger mare populations, it may help owners in the future decide whether it is sensible to breed again from a mare.