It took me a while to score such a sweet placement but I got it! Addenbrooke’s Paediatric department got moi for 3 whole days last month 😛

These are the accounts of the little journal I carried around with me. Enjoy!

Duude! I had at least some  idea of what a handover was like before I got thrown in there but I was still very fascinated by it all. At least one member of each paediatric team was there and at one point there were registrars, consultants, junior doctors and even some medical students form Cambridge University  were there. It wasn’t as crowded as I’m making it sound! There was just a wide array of people to stare at.

There was a little disciplinary issue because someone handed their bleeper to a doctor and left before their shift ended. The doctors we all reminded that if that happens, they shouldn’t take the bleeper. I would feel bad for the patients if I had to refuse to take a bleeper for a doctor that is quite clearly not keen to be there but I also understand that we shouldn’t allow people to get used to behaving like that; worse case scenario, they could leave without telling anyone at all and endanger the patients under their care!

There was a quiz on gastro oesophageal reflux disease to teach everyone  about it and I’m quite proud to say that I got 1 out of I’m-not-saying-how-many correct!

There were two emergencies overnight, to which a couple of doctors got bleeped to and they had to leave the handover for a bit. There were some general complications and other teams were asked to look at the patients. They would then have to discuss why they think that the team should go see that patient, for example, whether that problem was really gastroenterological or not. So that this doesn’t happen: 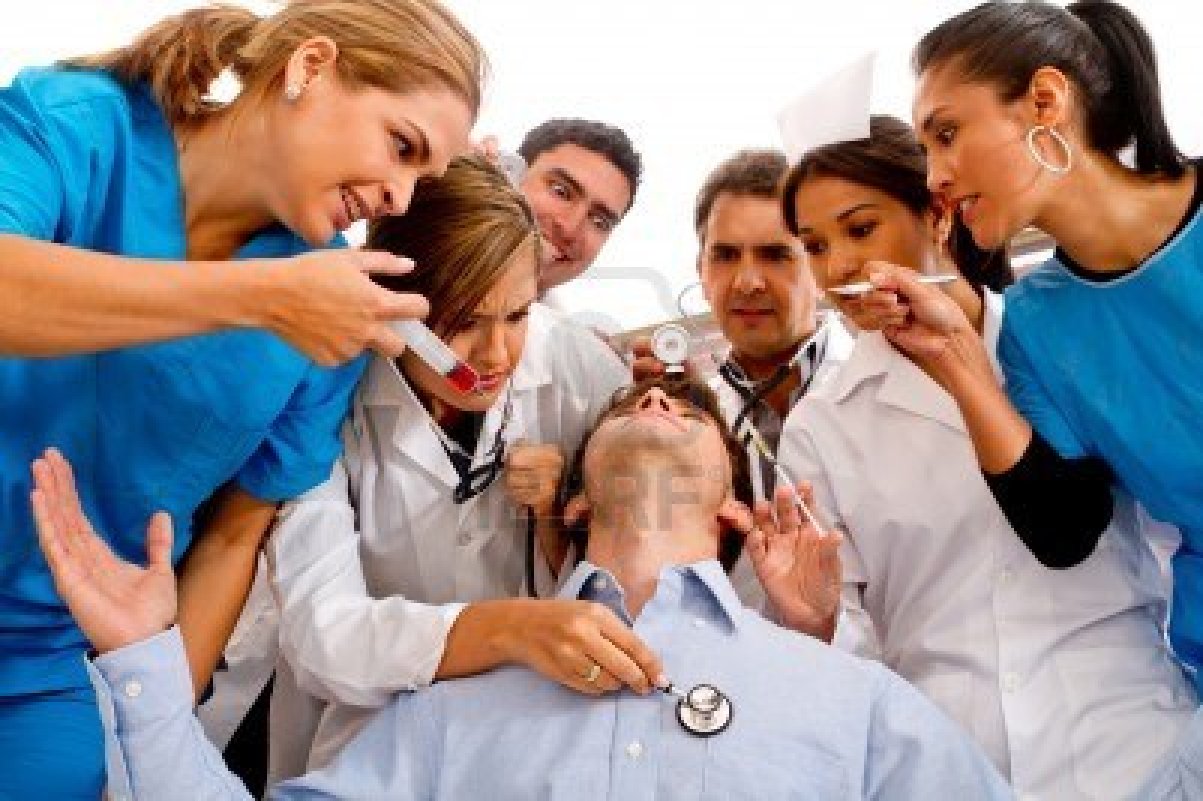 When I heard that only two people were set to be discharged I wondered if the wards were simply not very busy but that hypothesis was thrown out the window when I went on the ward round.

The final thing that I learned from hand over was that no matter how well you did they first time you saw a patient, be prepared for them to come back (probably with the same problem) and  it may not be you who’s seeing them so make sure your records up to date and correct!

When that hand over ends the doctors all go to their respective departments and have another handover there and once again, doctors and nurses got bleeped and had to leave. Busy life, what can you do? BTW, they walk really fast! It’s important to keep your team up to date with what they’re to expect that day.

I went on a ward round with a neurological consultant and her specialist neurological registrar and I just had to ask when they got the time write the notes for each patient. Answer: Go around with a big computer cart and type as you go along. If there isn’t one available wait or try to remember and type it up later.

Before I was shooed off to clinic, I got to witness something that annoyed me very much at the time- a doctor who had volunteered to go check on a returning patient that morning kept saying “Do we really need to do anything?” regarding the health of a patient who quite obviously had something wrong with her. You can see how that’d hit a nerve for anyone, right? When I ponder about it now and I think I mentally overreacted because he probably didn’t mean it in the way I was seeing it, it’s probably just the way he speaks/phrase he’s used to saying. He probably meant that they couldn’t do much more on the neurological side. But it’s a good thing  he didn’t say that to the parent though!

I didn’t say anything or complain because all the other doctors agreed with him and plus, he know far more than me anyway!

I didn’t spend much time there but it was made very clear to me that years of experience in the field is pretty darn helpful. Experience dude, experience is key! For example, to distinguish between the types of fit and determine whether it was epileptic or not just by looking.

Day one complete! See you tomorrow for day two.

I wonder, should I have done work experience in a different department? Yay or nay?

May God bless you all,