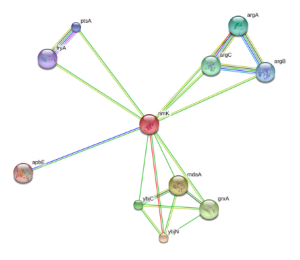 A recent article that I read showed that scientists in the John Innes Centre have disabled infectious bacteria by removing a key protein. In the University of East Anglia they discovered a method that could prevent bacterial infections in both humans, in addition to this it doesn’t trigger a multi – drug resistant response.

A bacteria has to first move across the surface to a site of infection within the host. One of the scientists at the School of Biological Sciences (Dr Jacob Malone) wondered why there were high levels of a particular protein in bacteria when in contact with plants. They found that this protein is a high – level controller of bacterial movement during plant and human infection. Therefore this can become a target against which to develop anti – infective drugs seeing that the bacteria are not totally killed it just reduces the chance of bacteria evolving to develop a resistance to them.

They studied a bacteria called Pseudomonas – of which a strain causes around 7% of hospital acquired infections in the UK and is a major cause of the mortality in cystic fibrosis patients. The main ability of Pseudomonas to cause infection is totally compromised at an early stage when one key protein is removed from the bacterium. This protein is known as RimK and is found in hundreds of species of bacteria although its specific biological function has remained unknown.  When they removed RimK from the bacteria, they were not able to move properly and as a result this affected their ability to initiate infections. Spraying a plant with RimK deleted bacteria resulted in milder disease symptoms compared to when wild bacteria was sprayed on the plant. However if this bacteria were injected into the tissue of the plant, the RimK mutant bacteria were able to infect normally. Therefore RimK is important during the early stages of plant infection only.

Although, when a bacterium senses that it is in a new place to grow, such as on a plant leaf or on a human cell it adapts to that environment by changing the production of many proteins. It is the RimK that controls this change, but when the bacteria no longer make this protein they don’t migrate when they should thus the bacteria find it difficult to start an infection. This may be really useful for researchers to control an infection rather than kill the bacteria directly.