Discussions this week have been held over the banning of contact rugby at school level in both UK and Irish schools.

Concerns surrounding the issue have risen following more than 70 healthcare professionals and academics whom have stated that injuries from this high-impact sport can result in severe lifelong consequences for individuals, where it is evident that two thirds of injuries in youth rugby and conclusions are because of tackles. I recently came across a particularly interesting and topical video upon researching into this matter, which demonstrates the impact of a collision on the brain; it clearly shows the severe effect a single rugby tackle could have on a child’s brain and thus, mental state. 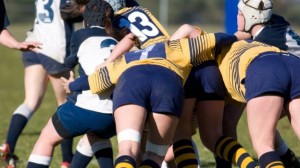 These injuries include ligamentous tears, dislocated shoulders, spinal injuries, head injuries and fractures, and repeated concussions. Although concussion is seen to be a common injury in contact rugby, doctors have highlighted a link between repeated concussions and cognitive impairment, whilst concussions have also been related to depression, diminished verbal abilities and memory loss: a scary concept resulting from a single tackle.

Professor Allyson Pollock, from Queen Mary University of London has evidence showing that rugby players ‘up to the age of 18 have a 28% chance of getting injured over a season of 15 matches’, where she also added that 90% of all injuries from the contact sport results in more than seven days off from school!

Talks surrounding this issue arose following the RFU’s decision to introduce rugby to a million children in state schools across England. The seven-year programme has reached 400 schools so far, with 350 to follow. The organisation have stated that rugby builds character and masculinity, whilst it also challenges students outside of academia.

Although the medical effects of tackling are evident, it can be said that many would be extremely sad to see the contact version banned!