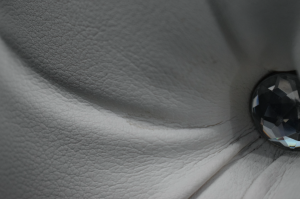 An anaesthetic is a substance that induces insensitivity to pain with anaesthesia literally meaning ‘without sensation’. Anaesthesia is used in modern times on a day to day basis, during tests and surgical operations in order to numb areas of the body or induce sleep. The types which you are probably most aware of, local and general, are the two most common but there are other types such as regional anaesthetics and sedatives.

Anaesthetics may not be perfect, with c.10 deaths for every million anaesthetics given in the UK, however developments over the years has made the use of anaesthesia to be considered very safe with serious problems being rare. I’m taking a look back in time to see how anaesthesia- more specifically general- has changed over the last 2 centuries.

Starting in the 1820s, Henry Hickman explored the use of carbon dioxide as an anaesthetic to perform painless surgery on animals. Carbon dioxide could be used to effectively suffocate the animals out of consciousness for a long enough time to perform the surgery. This is considered to have been a major breakthrough in surgery and anaesthesia, however carbon dioxide wasn’t used widespread due to the risks associated with partial asphyxiation and Hickman’s work was heavily criticised at the time. In more recent times, carbon dioxide was said to be used for medicine in the USA during the 1950s and is currently used before slaughter in numerous slaughterhouses.

Ether had a reputation as a recreational drug during the 1800s but in 1842 it was used for the first time as an anaesthetic by American physician William Clarke in a tooth extraction. That same year, Crawford Long used it to remove a tumour from a man’s neck although he did not publish an account of until several years later, in which he described that the patient felt nothing throughout the procedure.

Morton gave the use of ether popularity when in 1846 he removed a tumour from a man’s jaw. News of the operation travelled round the world quickly and ether became a widely adopted method with Morton often being credited as the pioneer of general anaesthesia. Ether did have it’s drawbacks though, causing coughing in patients and being highly flammable meaning research in anaesthesia continued to develop.

Humphrey Davy discovered that nitrous oxide could dull pain in 1799, however the use of nitrous oxide as an anaesthetic wasn’t fully realised until 1844. Horace Wells attended a public demonstration of nitrous oxide by Gardner Colton and the very next day Wells himself underwent the first ever reported painless tooth extraction while Colton administered nitrous oxide. Nitrous oxide is still used today, you may know it better as ‘laughing gas’, in dentistry and childbirth and even recreationally as the 4th most used drug in the UK (according the Global Drug Survey 2015). Of course, nitrous oxide only dulls pain so could not and cannot be used in major surgery unless used in conjunction with other anaesthetics.

You may have heard that Queen Victoria used chloroform during the birth of her 8th child in 1853, but it had actually been around 6 years beforehand and was met with a lot of opposition preceding said event. Scottish obstetrician James Simpson was the first to use chloroform to relieve the pain of childbirth in 1847, and it widely replaced the use of ether as it was quicker acting, didn’t smell as pungent and had fewer side effects. Nevertheless, it was met with opposition mainly due to deaths and religion.

Some religious people believed it was God’s intention for women to feel pain during childbirth so such pain should be endured, not relieved. At the time religion held a lot of power so this scared many God-fearing people away from chloroform. Meanwhile administration required great skill, as surgeons had to be experienced enough to give the right dose. As such the first reported death from chloroform overdose was in 1848. Chloroform fatalities were widely publicised but were mainly caused from poor administration, which was overcome when John Snow invented the chloroform inhaler which controlled the dosage to make the anaesthetic safer and more effective. When Snow used the inhaler to anaesthetise Queen Victoria, the positive publicity left little opposition remaining. The use of chloroform has since been discontinued as it was realised that chloroform could cause liver and heart damage.

Skipping forward to 1934, when sodium thiopental was made as the first intravenous aesthetic (injected into bloodstream). It was founded by Ernest Volwiler and Donalee Tabern, both working for Abbott Laboratories and a clinical trial of thiopental at the Mayo Clinic was conducted 3 months later. It rapidly entered common practice as it was short and fast acting (4-7 minutes and 30 seconds respectively), and the fact that it was intravenous allowed for more precise dosage. Volwiler and Tabern were inducted into the National Inventors Hall of Fame in 1986, and thiopental is still used in conjunction/before other anaesthetics although not alone because its effects do not last long enough to be of practical value. Since the 1980s thiopental has been slowly replaced by propofol as it too is short and fast acting but also has antiemetic properties (prevents nausea and vomiting).

Halogenated inhaled agents are routinely used today and it could be argued that their emergence transformed anaesthesia as much as chloroform did over 100 years prior. Halothane was first synthesised by C. Suckling in 1951 and first used clinically by Dr Johnstone in Manchester 5 years later and is still widely used in developing countries and veterinary surgery because it is low cost. Following halothane came enflurane(1966), isoflurane(1979), sevoflurane(1990) and finally desflurane(1990s). These halogenated inhaled agents have the beneficial properties of low solubility (meaning they take rapid effect), minimal cardiorespiratory depression and non-flammability. Despite these characteristics, halogenated agents only cause lack of consciousness and do not relieve pain so are used in conjunction with other anaesthetics.

Curare was traditionally used on poison darts and arrows by aboriginal people and became the first non-depolarising muscle relaxant (blocks the agonist from binding to receptors) in 1942. Neuromuscular blocking drugs like curare can be used to produce paralysis, allowing intubation of the trachea and to optimise the surgical field. Endotracheal intubation is important as it is used to administer gases like the halogenated inhaled agents, and to aid ventilation of the lungs. The fact that muscle relaxants basically paralyse the muscle means that muscles cannot contract, enabling surgery to be performed as best and safely as possible. Patients can still feel pain at full intensity with the use of muscle relaxants but cannot move, so analgesics (pain relieving drugs) are often also given to prevent anaesthesia awareness.

As you can see, anaesthetics has changed a lot in the last 200 years and anaesthesia is now an entire section of medicine in its own right. Nowadays, general anaesthetic cannot be given to a patient without a trained anaesthetist, dosage is carefully controlled and a combination of anaesthetics can be used to achieve the ideal effect.