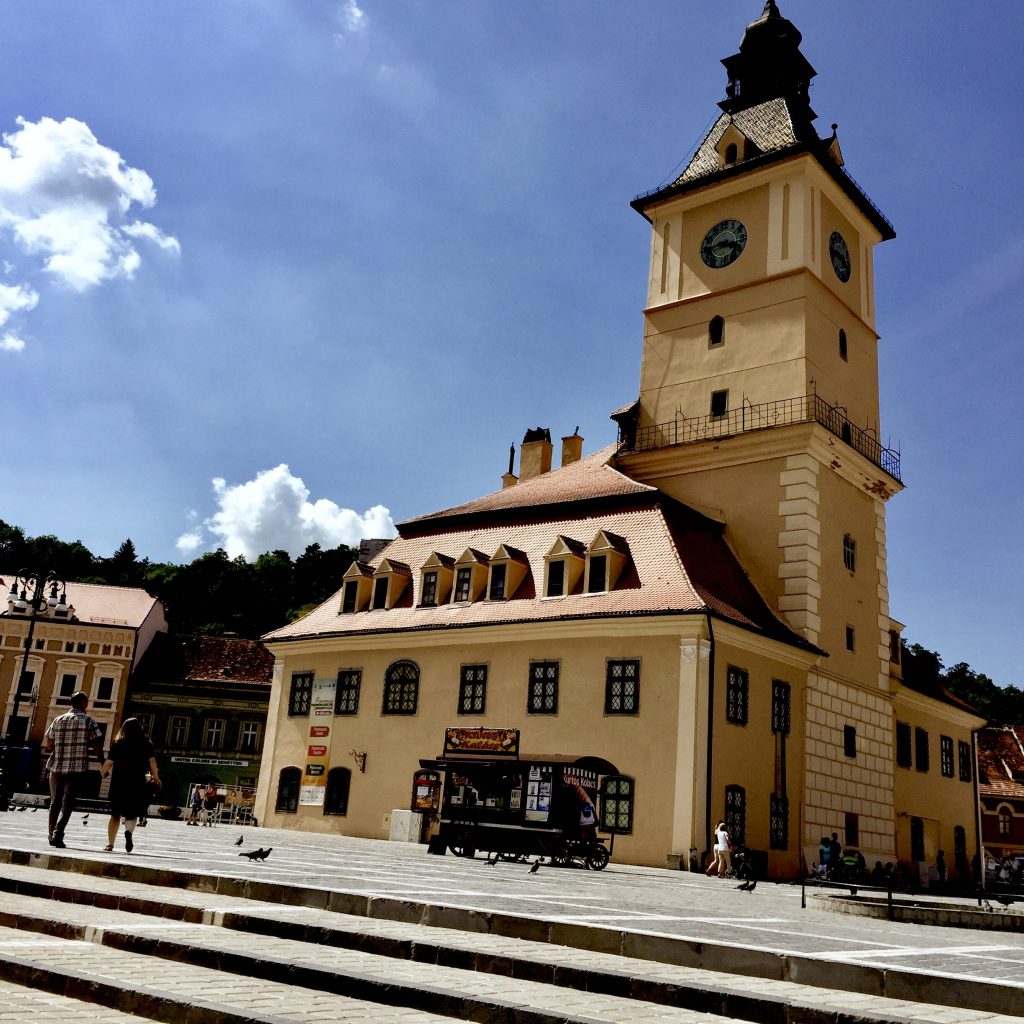 Following my recent trip to Transylvania in Romania for work experience, I have decided to dedicate this post to the monsters and myths which stem from the region: specifically vampires. Like many historical ideas and beliefs, the creation of such a supernatural being likely served as an attempt to explain ailments that couldn’t otherwise be explained, before the emergence of scientific understanding. In this post, I will describe the medical condition most popularly believed to have led to belief in vampires.

The most commonly referenced illness used to explain away vampirism is porphyria, a group of inherited metabolic disorders in which haem (used in haemoglobin) production is disrupted. The production of haem from a chemical called ALA involves several steps, and each step requires the use of an enzyme. In people suffering from porphyria, one of those enzymes is faulty due to the inheritance of a mutated gene which codes for the synthesis of that enzyme. This means that the production of haem is slowed or even stopped, and as a result the ‘transitional chemicals’ made in the stages between ALA and haem, known as porphyrins, can build up to harmful levels. As well as this, the limited haem production can mean that not enough healthy red blood cells can be made. There are different types of porphyria depending on which enzyme is dysfunctional, most of which produce different symptoms with some overlap.

The most common form, and the one best related to vampires, is porphyria cutanea tarda (PCT) which affects the skin. PCT causes photosensitivity in which exposure to sunlight can cause painful, blistering and itchy skin… sound like something you’ve heard of before? A well known characteristic of vampires is that they burn in sunlight, hence must stay out of the sun and so have a dramatically pale complexion. Similarly many porphyria sufferers are indeed pale as, naturally, they avoid the sunlight due to their photosensitivity.  What’s more, healing after this reaction to sunlight is often slow and, with repeated damage, can cause the skin to tighten and shrink back. If this shrinking causes gums to recede, you can imagine that the canines may start to resemble fangs.

Another general symptom of porphyria is that when the accumulated porphyrins are excreted, the resultant faeces may turn a purple-red colour. Whilst the same conclusion may not be reached in modern times, historically this may have given the impression that the sufferer had been drinking blood which is another vampire hallmark. Interestingly, drinking blood could- and I say this tentatively- actually relieve some symptoms of porphyria. Whilst the haemoglobin would be broken down, the haem pigment itself could survive digestion and be absorbed from the small intestine meaning in theory that drinking blood would do the same for relieving symptoms as a blood transfusion would. Finally, garlic. Seemingly the most random trait of vampires is their aversion to garlic however even this could be explained by porphyria. Garlic can stimulate red blood cell and haem production which, for a person with porphyria, could worsen their symptoms as more porphyrins build up. This could lead to an acute attack in which abdominal pain, vomiting and seizures may occur. Seems like an extreme reaction, but perhaps…

So does porphyria explain how the legends of vampires came about? I would say so, but some folklorists and experts would disagree. It is suggested by such people that porphyria doesn’t accurately explain the original characteristics of vampires but more the fictional adaptations that have more recently been referred to. Folkloric vampires weren’t believed to have issues with sunlight at all and were described as looking healthy, ‘as they were in life’, which contradicts the pale complexion and blistering skin seen in PCT. Furthermore, it is still unclear whether or not drinking blood would truly relieve symptoms of porphyria and even so, how those affected would know to try it with no understanding of their disease and no craving for blood makes it all seem rather unlikely. Speaking of probability, reports of vampires were rampant in the 18th century yet porphyria is a relatively rare  occurrence and its severity ranges from full-on vampire to no symptoms developing at all, making it seem even less probable that such an apparently widespread phenomenon could be the result of PCT.

Whether you believe that porphyria caused the vampire myths or not, it certainly is an interesting disease that sadly has no cure (so far), is difficult to diagnose and relies generally on management rather than treatment. Here’s hoping that future developments using gene therapy and even research spun off of use of ‘vampire plant’ models could lead to improvements some day.