On Sunday I went to the National Arboretum to commemorate the Holocaust Memorial Day. There was a short ceremony in the Millennium Chapel and a photographic exhibition, showing pictures taken of Auschwitz. I’m doing AS Level History, and I’m interested in the Holocaust. I’ve applied to go on a trip to Auschwitz, with the Holocaust Educational Trust and will hear by the end of the week whether I’ve been chosen to go…

Last Friday, at Saint Andrew’s International High School (SAIntS), my old school friends took part in a sponsored swim to raise money to help prevent malaria. This 24 hour swim raises money to buy mosquito nets, for hospitals in Blantyre, which are essential for stopping the spread of malaria, and saving lives. Last year, I took part in the overnight swim. We were in teams, taking it in turns to swim lengths of the school pool throughout the day and night; altogether we managed to swim the length of Lake Malawi, 580km. It was exhausting, but great fun and we knew we were helping a good cause.

Malaria kills more than 1 million people in Africa each year, 90% of them are children. Toddlers are especially vulnerable as they no longer drink their mother’s breast milk, which is rich in anti-bodies, and haven’t had time to develop their own resistance. Cerebral malaria is particularly dangerous and life-threatening, as it can cause a reversible coma when it infects the human brain.

However, in Blantyre, Malawi, an international team of scientists are leading the way in malaria research, at the Blantyre Malaria Project.

Dr Terrie Taylor and Dr Malcolm Molyneux, designed a simple rating scale for depth of coma, called the Blantyre Coma Scale, which allows children to be more quickly and reliably assessed and treated. The method has been widely adopted elsewhere, and today the Blantyre Coma Scale is used worldwide for the assessment of severely ill children.

Another crucial discovery, made in Blantyre, is that severe malaria infection often causes a drastic fall in blood sugar levels, which contributes to the malarial coma. Staff at Queen’s Hospital, Blantyre found they were able to turn around many of the sickest children using nothing more complicated than intravenous glucose.

The Blantyre Malaria Project probably helped to save my brother’s life in 2010. Within minutes of arriving at Queen’s Hospital with a high fever, he had been tested and diagnosed with the highest level of malaria. Just a short while later, he was admitted to hospital and put on one of several quinine drips. Luckily, being generally fit and healthy, he recovered quickly and 5 days later was back at home. Many other children aren’t as fortunate.

But malaria is not only responsible for millions of deaths; it also cripples the African economy, because of the number of sick days people take every year, especially during the wet season. And yet, simply by sleeping under a mosquito net at night, the number of cases can drop considerably.

If, like me, you want to help put an end to malaria, you can go to my Just Giving page, and donate to Malaria No More. 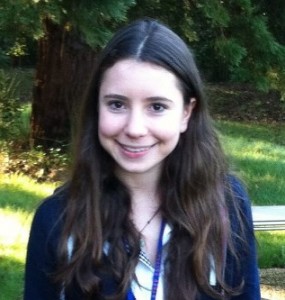 My name’s Megan, and in 2007, I moved to Malawi with my family and went to Saint Andrew’s International High School. After completing my IGCSEs in 2012, I returned to  the UK where I’m currently studying A Levels. I’m hoping to go on to study medicine. This is my journey…