Today I received a message from Live Below The Line and the IF campaign, which I supported a few weeks ago. Here is a summary of what they have achieved. Thanks to everyone who supported me with encouragement and money for Malaria No More, my chosen charity.

‘What a 10 days it has been in the fight against extreme poverty.

We began these crucial 10 days with one mission – to make significant progress for the 1 million people around the world who go to bed hungry every night and for the 2 million children who die every year from malnutrition.

We came together as one voice – 200 charities and thousands of campaigners to demand change for the world’s poor. We mobilised 45,000 in Hyde Park, 10,000 in Belfast, inspired 300,000 actions and secured millions of column inches to urge the leaders of the world’s richest countries to take action.

British Prime Minister and chair of the G8, David Cameron remarked “The IF Campaign has helped put tackling hunger and issues that drive it – like malnutrition, tax dodging and land grabs – at the centre of the G8 agenda”.

We’ve achieved something remarkable in the past 6 months as part of the Enough Food for Everyone IF campaign. I want to thank you for your participation and support.

Live Below the Line was a crucial part of this success. Together we raised issues of extreme poverty in our homes, our workplaces and in the media and together we’ve raised nearly £1m for some brilliant causes.’

I’m really proud to have taken part in this cause, and look forward to hearing more about its effects on global policies in the future.

Today, an article about my trip to Auschwitz with the Holocaust Education Trust, was published in a local magazine, My Village Voice. Here it is: 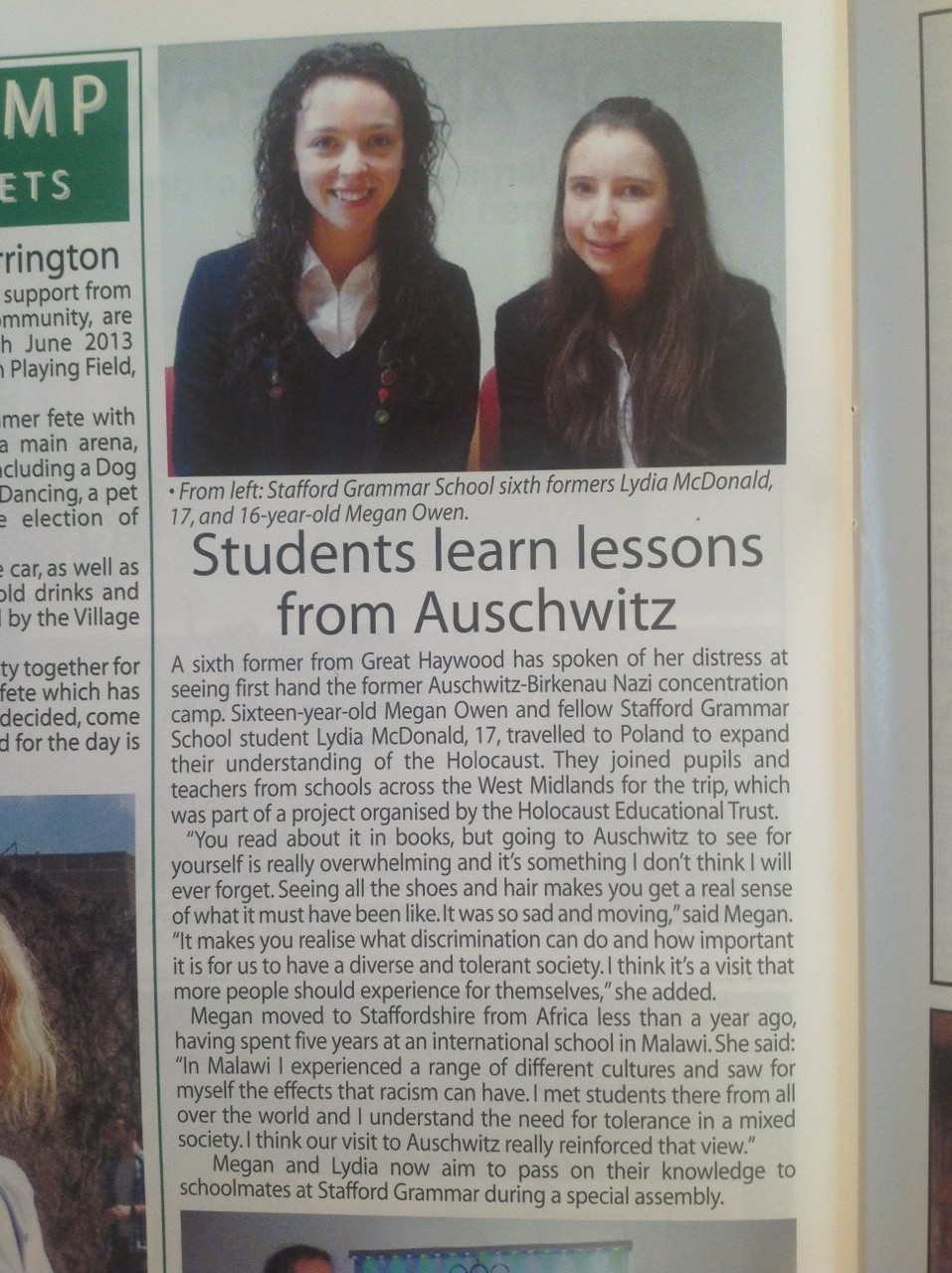 I’m thinking of doing an EPQ about malaria. I’m reading up about the latest research and found this interesting BBC News article here about the search for a vaccine. I found a really good site to help you work out how much to write for your personal statement here. Just paste in your draft personal statement and it will work out the number of characters you’ve used, lines used etc. in the same way that the UCAS form does.

This is what it says:

‘This tool allows you to see how your personal statement will appear to UCAS. It allows you to see changes in real time. It uses UCAS’s method of counting lines (94 characters max per line), and tells you when you’ve gone either the character or line count. It also tells you how frequently you’ve used words.

What’s the point?
– No need to login to UCAS
– Get statistics about your statement
– Instantly see abbreviated forms of words
– Highlight repeated words
– See how small changes affect your line and character count in real time, unlike on UCAS’s online form.
– Generate a word cloud and share with friends!’