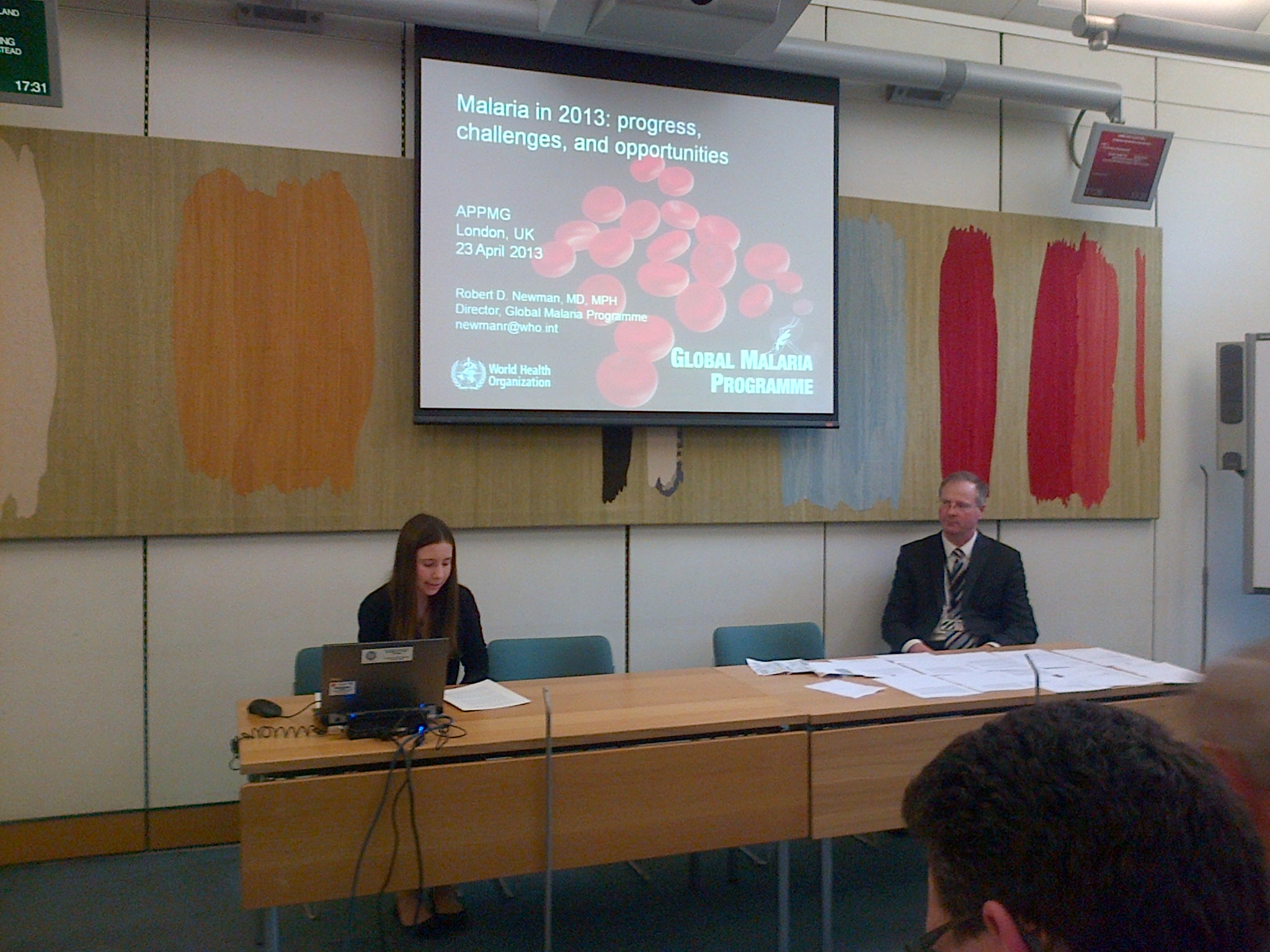 On Tuesday evening I travelled down to London to give a presentation about malaria to the All-Party Parliamentary Group on Malaria and Neglected Tropical Diseases (APPMG), in Westminster. The event was organized by Jeremy Lefroy, chair of the APPMG, to mark World Malaria Day on 25th April.

I first met Jeremy, when I went to Auschwitz with the Holocaust Education Trust, in February, and I discovered that, like me, he had spent time growing up in Africa. I wrote to him a few weeks later, asking him to continue to support the UK’s commitment to help halve malaria deaths in at least 10  of the world’s most affected countries by 2015, and to support the Global Fund to Fight AIDS, TB and Malaria. It’s already saved almost 9 million lives, but  desperately needs topping up if it’s to continue its vital work.

I was delighted and surprised to receive a reply from the Secretary of State for International Development, as well as an invitation from Jeremy to speak about my experience at the APPMG World Malaria Day event in Westminster.

I wasn’t sure what to expect when I arrived at the Houses of Parliament, but I was warmly welcomed by Jeremy, and he asked me to speak first. There were many people attending the event, including MPs and global health experts, and the theme of the evening was ‘Invest in The Future: Defeat Malaria’. 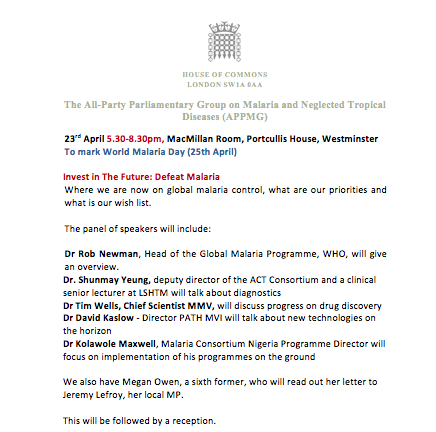 I talked about my own experience of malaria, when I was living in Malawi, and about my brother, who contracted the disease, despite the numerous efforts that we took to protect ourselves. Luckily, he was fit, strong, and had access to a private hospital where he received quick, life-saving treatment and was able to recover. But unfortunately 1,500 children still die every day from the disease, even though it’s both preventable and treatable. At the moment, the best prevention for children is to sleep under an insecticide-treated bed net, which can be bought, delivered and hung for just £5. However, I feel that, until there’s a vaccine to totally eradicate the disease, children are going to continue to slip through the net, and even one child dying from malaria is too many.

You can read my presentation on the APPMG website here.

The next speaker was Dr Rob Newman, Head of the Global Malaria Programme, at the World Health Organisation (WHO), and he gave an overview of malaria today. Other panelists included Dr. Shunmay Yeung, deputy director of the ACT Consortium and a clinical senior lecturer at the London School of Health and Tropical Medicine, who talked about diagnostics; Dr Tim Wells, Chief Scientist for the Medicines for Malaria Venture (MMV), who discussed progress on drug discovery; Dr David Kaslow, director of PATH Malaria Vaccine Initiative (MVI) who talked about new technologies on the horizon; and Dr Kolawole Maxwell, director of the Malaria Consortium Nigeria Programme who focused on implementation of his programmes on the ground.

You can read what they said here.

I was incredibly honoured to take part in such an important evening, and I hope that my small actions might go some way to helping there be malaria no more.

See more on the APPMG website here.
Click here to find the news article from May 1st, about my presentation at Westminster on Malaria No More’s website.

My local paper wrote about the event here…. 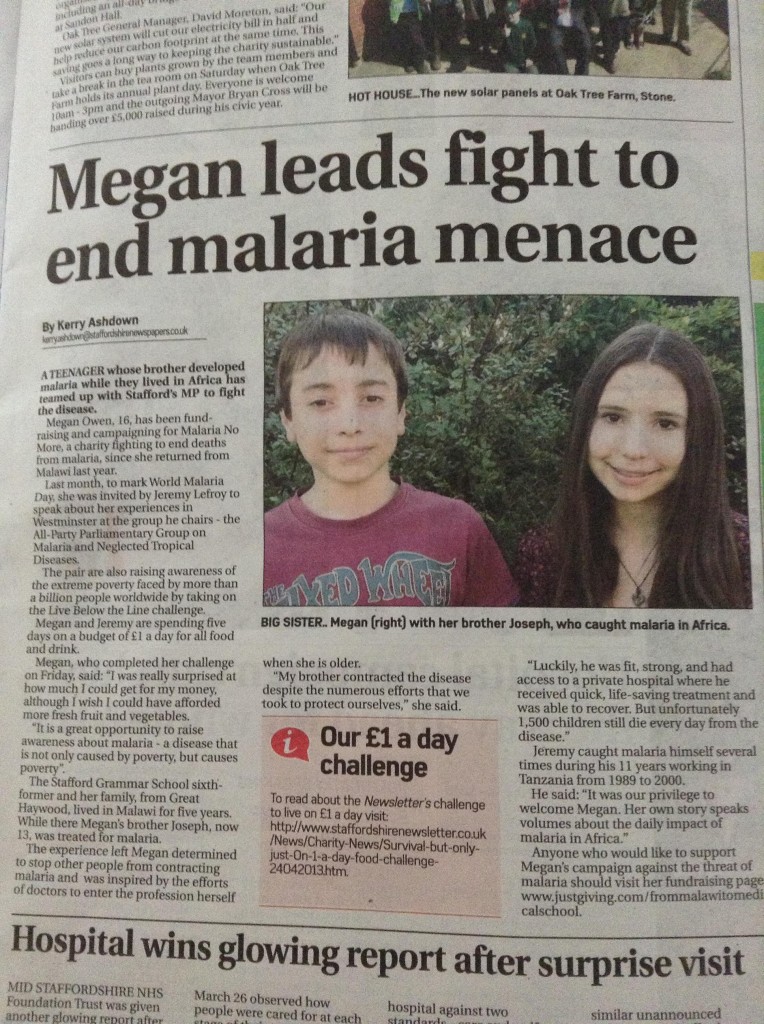 You can support Malaria No More by going to my Just Giving page.