Today is Holocaust Memorial Day and the theme this year is Journeys. All around the world today there are events that will bring us together with our neighbours, that will strengthen bonds of respect, and will enable us to pledge to take a step towards creating a safer, better future.

As an ambassador for the Holocaust Education Trust, I’m going to be sharing the inspirational journey of Holocaust survivor Kitty Hart Moxon and my recent experience of  Auschwitz at a special school assembly on Friday.

If you want to take a step and learn about the multitude of Journeys that people were forced to undertake, in fear of what would be found at the end, then you can pledge your support here.

If you want to find out more about the millions of people murdered in the Holocaust, under Nazi persecution and in the subsequent genocides in Cambodia, Rwanda, Bosnia and Darfur, you can watch the Holocaust Memorial Day 2014 youtube video here.

Today I was really pleased to receive my certificate and 3 ASDAN credits for my work on the Lessons from Auschwitz project as an ambassador for the Holocaust Education Trust.

This is what the examiner wrote about my project:

‘Megan demonstrates a good understanding of the concentration and extermination camps as the outcome of Nazi racist policies. She stresses the need to emphasise the experiences of individuals to audiences rather than dwell exclusively on the statistics of death, horrifying as they are. Megan makes reference to contemporary examples of discrimination against homosexuals and how such prejudices should be challenged. In association with her colleague she has organised a number of methods of teaching audiences through a newspaper article, blogs on the internet, an album for the school library and planned talks within school.’

You can read about my project and see my photo album here. 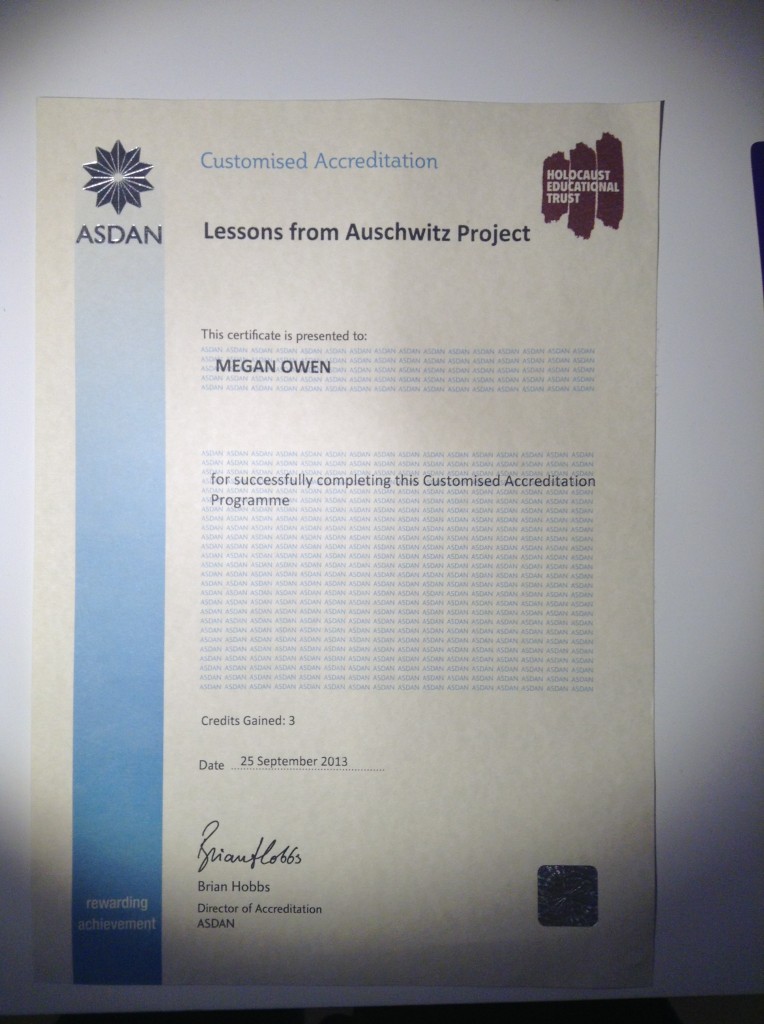 Recently I went on a visit to Auschwitz I and Auschwitz-Birkenau, with the Holocaust Education Trust. As a part of my ‘Next Steps‘ project, I’d like to raise awareness and educate others about the Holocaust and its consequences.

Before the Lessons From Auschwitz project, I was really interested in gaining a better understanding of the Holocaust, especially its effects on individuals who were a part of it, and its effects worldwide.

At the Orientation Seminar, it was fascinating to hear about pre-war Jewish life and discover what it was like for different families before they were persecuted. Looking at photos of these individuals had a great impact on me, because I felt I could relate to them, but couldn’t imagine going through the horrors of the Holocaust, which they then went on to face. I was so inspired by Kitty Hart-Moxon’s strength and courage as she told us of the suffering she faced at Auschwitz, and by her determination to educate others. She made it easier for me to imagine what life was really like at the camp after listening to her account.

I wasn’t sure what to expect before visiting the camps, and when we arrived it seemed a bit surreal. As we were walking though the dormitories, it was hard to picture the buildings full of thousands of people. I was really moved when I saw the huge pile of hair. To me, it showed how the victims were treated so callously, and how their individuality was stripped away from them as soon as they entered the camp. Seeing a child’s precious doll, with its head brutally smashed was also very touching. I could imagine the young girl had brought it with her for comfort, yet it had been broken and shattered like all the victims of the Holocaust. Trying to take in the overwhelming scale of Auschwitz was also quite difficult. In the mist it seemed to go on forever.

From my visit to Auschwitz, I’ve learnt a lot about human nature, and about how it’s impossible to place the blame of the Holocaust on a single perpetrator, because we’re all responsible for each other. People such as the train driver, who transported people into the camp, may not have been killing them directly, but still played a part in the Holocaust, as did millions of other ordinary individuals. Kitty said she saw the best and the worst of humanity at Auschwitz, and that she couldn’t have survived without the strong friendships she made. I’ve learnt we all have to look out for each other, and not only tolerate but celebrate differences in society. I aim to spread understanding of what happens when we’re not accepting of these differences, as I’ve seen by visiting Auschwitz. It’s so important to remember the atrocities that took place, to make sure future generations know the consequences of Nazi persecution and of all genocide.

Visiting Auschwitz was a humbling and life-changing experience. I’ve become much more grateful for the society I live in where I have my freedom; as I know that others like me, aren’t so lucky.

These are a few pages from the photobook I made about my visit to Aushwitz. 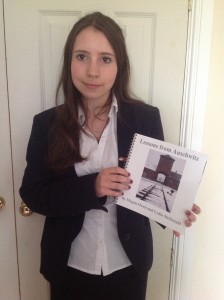 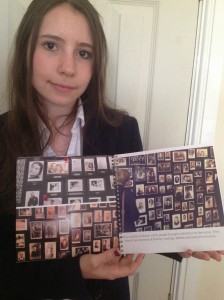 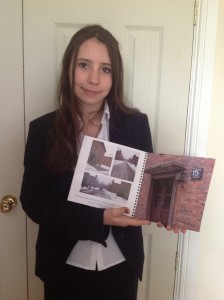 You can view the complete book online here.

On 13th February 2013, I was selected to go on a one-day visit to Auschwitz I and Auschwitz-Birkenau with the Holocaust Education Trust. The day was very moving and I shall never forget the experience.

As part of my Next Steps Project, my friend and I have compiled a book of our photos, together with testimonies from survivors. We shall present the book to our school in a special assembly, so that we can share our experience and pass on what we have learned. Hopefully, we shall encourage other students and members of our local community to think about the Holocaust and its contemporary relevance.

You can view my complete photo book online here.