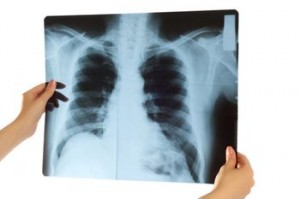 Looking at this years recent breakthroughs in the medical world, I discovered an article about Lung Cancer Detection Test and was absolutely amazed.

The article stated that this detection test has being trialled in Scotland for the first time and if it becomes successful, then we can Detect Cancer 5 years earlier than we would normally do with our current Detection method. The way it works is that, using EarlyCDT–Lung – a simple blood test that detects the cancer from an earlier stage of development. The blood test locates antibodies that are produced in the blood when lung cancer is present, which hints early signs of a tumour to doctors.

The trial will go ahead in Scotland and would be tested on 10,000 heavy smokers.

I think this new discovery of the Detection test is absolutely brilliant, as you can diagnose a patient at an early stage of cancer, therefore there is a much better chance of treating cancer successfully.

If more and more things like this are done to fight cancer, then we can finally cure it one day.

Now that exams are over, I can fully concentrate on my blog. YAYYY 🙂