An 18 year old boy from Mexico and his 3 friends have invented the ‘Eva Bra’,  which could poten 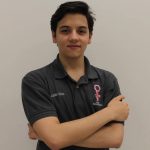 tially detect breast cancer. Julian Rios Cantu was motivated to invent this bra by his mother- when he was 13, she was diagnosed with breast cancer which resulted in a double mastectomy.

So how does it work?
Cancerous tumours tend to cause skin to have a different temperature because of abnormal blood vessel systems and increased blood flow. Biosensors in the Eva Bra measure these temperatures and record them in an app. The app then alerts the user to any alarming results. To obtain accurate measurements, women should wear the bra for 60-90 minutes per week.

the Eva Bra is currently only at the prototype stage, but it will undergo more tests to investigate whether it really is a reliable way to detect cancer. Julian’s company called Higia Technologies won the top prize at the Global Student Entrepreneur awards last week, and they won £15,500 to develop their idea. 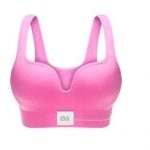 Trials must be done before this bra can be approved by cancer experts as a method of detecting the tumours. Although increased blood flow  and higher temperatures of skin is a common effect of cancerous tumours, it is not entirely a reliable method of diagnosing cancer. However, if further tests of the Eva Bra prove it to be successful, it could be extremely beneficial as detecting breast cancer at the earliest stage could save lives. Julian and his friends hope to make the Eva Bra a product fit for sale by the end of next year.