Doctors have been trialling the use of the illegal ‘party drug’ ketamine as a treatment for severe depression.

Ketamine is licensed to be used as a ‘dissociative anaesthetic’ meaning that it is a form of general anesthesia but doesn’t necessarily cause complete unconsciousness. It can also be used as a pain killer and a ‘horse tranquilizer’ to sedate horses.

Dr Rupert McShane said that “since 2011, Ketamine has worked on patients with depression when nothing else has helped before.” As a result, he is trying to call for a national registry to officially monitor the use of it. He led a trial in Oxford which showed that out of 101 people who didn’t find a successful treatment to the drug, 42 of them showed a response to ketamine. One patient even said that “the first ketamine infusion literally saved my life” showing just how beneficial it can be in treating depression.

However, there are some obvious problems using ketamine as a form of treatment – mainly due to the fear of people become addicted to the drug. As it is a class B substance, there is always the possibility of the drug being misused so it is vital that the use of it is monitored through a national registry, allowing potentially tens of thousands of people who have not responded to other treatment to get proper help. As said by Dr McShane…

“We think that patients’ treatment should be in specialist centres and formally tracked in national or international registries. This will help us to pick up any safety or abuse problems with longer term use and narrow down what dose, frequency, route and durations of treatment works best.”

Of course, the dosage of ketamine used during treatment is significantly less that what is used illegally, so hopefully the possibility of ketamine being used legally came come about in the near future.

Thank you for reading my blog, if you have any questions or comments feel free to leave them down below. 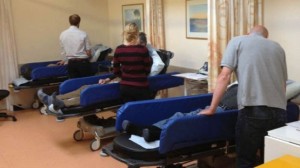