A group of research scientists at the Centre of Neural Science at New York University (NYU) in New York City have carried out a study to investigate what effect a single session of exercise does to a human.

The researchers chose to focus on the effects of single session exercise as opposed to longer timing because it can be used to determine a better and more accurate understanding of longer exercise and if it will create long-term changes in the brain. As well as this, the scientists have also chosen to focus on behavioural changes in an attempt to find out the strengths and weaknesses of doing several single-session exercises rather than one long-session. The single session of aerobic exercise was approximated to be 1 hour long and through the study, it was found out that acute exercise improves mood, focus, and reduces stress.

Aerobic exercise has been shown to show positive results in three key areas: better executive function (the ability to plan, focus, and multitask), better mood, and lower stress levels. However, the most dramatic effect revealed from the study was the change in neurochemical levels -this includes dopamine (helps the brain to learn), serotonin (relieves anxiety and depression) and neuromodulators (“feel good” chemicals).

Wendy A. Suzuki, Ph.D., a professor of neural science and psychology in the Center for Neural Science at NYU and lead investigator said this:

“Exercise interventions are currently being used to help address everything from cognitive impairments in normal aging […] to motor deficits in Parkinson’s disease and mood states in depression. Our review highlights the neural mechanisms and pathways by which exercise might produce these clinically relevant effects.”

The only potential difficulty for the researchers next is using these results found from rodents and using them to accurately identify behaviour in humans. As of yet, there is an insufficient amount of evidence regarding linkages between rodents and humans. However, the researchers are hoping this will soon change in the future. 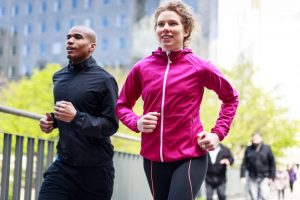 Thank you for taking the time to read my blog, I hope you found it interesting! If you enjoyed the read, please leave a rating and comment down below your thoughts.