A new research led by Andrew Dillin, a professor of molecular and cell biology at the University of California, Berkeley, has found that mice that cannot smell their food do not gain weight, even after being fed a high-fat diet.

It was already known that the sense of smell helps us to select and heighten the appreciation of food. However, to investigate the role of the nose even more, the researchers made a mouse model where the mice were genetically engineered to lack olfactory receptor neurones in the nasal cavity that send messages to the brain. During this experiment, the mice without a sense of smell ate just as much as the control mice but did not gain weight. One example of the experiments done on the mice is as follows: two mice that had both been fed the same high-fat diet became obese, with only one of the mice having their sense of smell switched off. This mouse’s weight decreased by approximately a third, reaching a weight of 33 grams. By contrast, the mouse that retained its sense of smell also retained its weight of 49 grams.

The researchers have come to the conclusions that the absence of the sense of smell increased sympathetic nervous system activity, as well as increasing levels of adrenaline that is known to activate fat burning. As Professor Dillin puts it:

“The mice with no sense of smell had turned on a program to burn fat,”

If this result can be replicated in humans, a new form of treatment for people suffering with eating disorders will be available by which food cravings can be reduced and weight can be managed healthily. 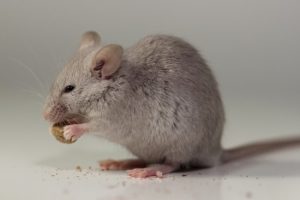 Thank you for taking to read my blog this week, if you enjoyed it feel free to leave a rating and any comments down below!