New research on mice from the University of California, San Francisco, led by Dr. Dorit Ron, has led to new understanding on what happens to the brain when humans drink alcohol.

When the mice were given alcohol, it was shown that over a long period of time, they will start to prefer it over other beverages. However, we already know this happens in humans due to the big problem of excessive drinking in society – 3.3 million people die every year in the world from alcohol abuse. And whats more, there is barely any successful medication available to help people quit their addiction to drinking. So, even when people know how bad alcohol is for the body (through extensive media coverage), why do so many people get hooked to it?

Well, a protein complex known as mTORC1 regulates protein synthesis and is stimulated when drinking too much alcohol. This, in turn, starts a ‘reward circuit’ and boosts the desire for more and more alcohol.

There is some good news though, this protein can be suppressed using a compound called rapmycin. In mice, it was found that after they had become addicted to choosing alcohol over other beverages, the rapamycin help to siginificantly reduce this craving. Unfortunately, rapmycin can never actually be used on humans due to the many side effects it causes.

Another method tried out by the scientists was RNA sequencing, to try and discover any other proteins that are associated with mTORC1. Through this, 12 different potential proteins were found including a protein called prosapip1 which was responsible for the changes in the nucleus accumbens (part of the brain that plays a central role in the ‘reward circuit’) following heavy drinking. The scientists are now hoping to find a way of inhibiting this protein. As said by Dr. Dorit Ron:

“We have identified a new protein that plays a crucial role in changing the landscape of neurons in the nucleus accumbens, which then leads to escalation of problem drinking. These findings open up research into the protein’s role in neural plasticity, and also into how alcohol and other drugs of abuse alter our brains.”

As a quick finishing note, it has been recently discovered that mindfulness can help heavy drinkers reduce how much they drink – if you would like a blog on this please let me know. 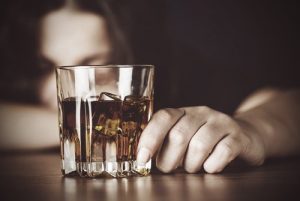 Thank you for taking the time to read this weeks blog, if yo found it interesting feel free to leave any comments down below!