The ‘baby brain’ phenomenon is when pregnant women reportedly face cognitive problems during pregnancy. It is also known as “momnesia” and, from recent studies, has shown to affect 50-80% of women.

One of the most popular symptoms that women have reported to have experiences include being less verbally fluent and more forgetful about day to day things such as appointments and what to buy at the supermarket.

In terms of whether the ‘baby brain’ phenomenon is real, some scientists have conducted studies and found that pregnancy can actually change the brain for up to 2 years – this has been backed up by evidence, where brain scanners have shown that grey matter is much more noticeable in the brains of pregnant women.

However, critics to the idea of the ‘baby brain’ phenomena have said that the symptoms of the syndrome could just be due to general tiredness.

As a result, researchers from Deakin University, Australia have conducted another study to try and get closer to the answer of whether the ‘baby brain’ phenomenon is actually legit to just a myth. 709 pregnant women and 521 non-pregnant women were examined by their memory, attention and problem solving functions, where it as found that “general cognitive functioning, memory, and executive functioning were significantly poorer in pregnant than in control women, particularly during the third trimester.”

Even though the conclusion from this study seems to be leaning towards the legitimacy of the ‘baby brain’ phenomenon, the researchers have said that much more research and evidence will be needed before any solid conclusion is made. 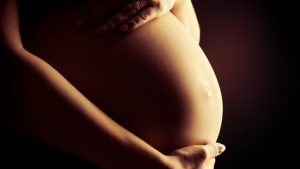 Thank you for reading this weeks blog, if you found it interesting feel free to leave your opinion down below!