Xeroderma Pigmentosum is an inherited condition that causes extreme sensitivity to UV light from the Sun. The condition is known as the ‘vampire’ syndrome because the symptoms cause people affected to avoid sunlight and have bloodshot eyes.

Who does it affect?

Other names of the condition:

Consequences of the condition: 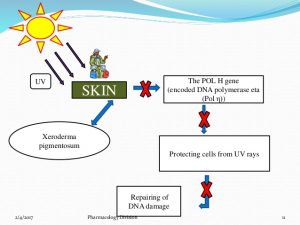 Thank you for taking the time to read this weeks blog, if you enjoyed the read feel free to share this blog and comment any future blog ideas down below!