Research from the University of California, San Francisco suggests that the hippocampus stops regenerating new cells from childhood. This further led to the discovery that disorders such as Alzheimer’s Disease could potentially be treated by finding a way to promote neurogenesis in order to replenish the loss of brain cells by the disease.

For the study, the lead professor Alvarez-Buylla and his colleagues used samples of the hippocampus of 59 different people from multiple different countries, and used these to work out the lifespan of the brain cells and neurones. From this, it was found that neurogenesis fell sharply after birth, and by early adolescence the concentration of new neurones continued to fall.

As said by Mercedes Paredes, assistant professor of Neurology and co-leadr during hippocampus tissue analysis:

“we were able to see that substantial numbers of new neurons continue to be made and integrated into the dentate gyrus, but neurogenesis fades away completely by early adolescence.”

Although the investigators accept that they cannot definitely conclude that the adult hippocampus never makes new neurones, their research has shown that it is definitely necessary to promote more neurogenesis, because even if it is occurring in small amounts, this is not enough for it to be detected. 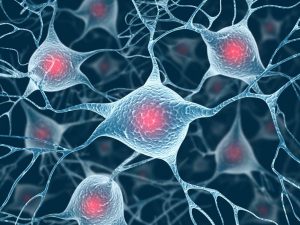