The exact mechanism for being able to learn (picking out specific memories and consolidating them during sleep) while sleeping have finally been discovered, according to new research by a team of researchers from the University of York, UK.

Previous research already showed that it is crucial to have non-rapid eye movement / dreamless seep in order to be able to consolidate memories, however it has now been found that ‘sleep spindles’ (sudden bursts of oscillatory brain activity during light sleep), provide many benefits to increased memory during sleep – as said by the main researcher of the study, Cairney…

“If they (sleep spindles) support memory reactivation, we further reasoned that it could be possible to decipher memory signals at the time that these spindles took place.”

The researchers investigated on 46 people and asked them to learn associations between words and pictures of objects before they nap. Then, they were asked to recall the associations after they woke up. Cairney reported:

“We found that their memory was better for the pictures that were connected to the words that were presented in sleep, compared to those words that weren’t. When you are awake you learn new things, but when you are asleep you refine them, making it easier to retrieve them and apply them correctly when you need them the most. This is important for how we learn but also for how we might help retain healthy brain functions.”

Now that another advancement has been made in figuring out how to effectively ‘learn’ during step, the researchers hope that their study results will be used by other researchers to keep advancing in discoveries. 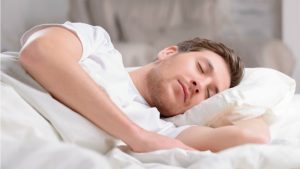