“Dorothea Dix was an educator and social reformer whose devotion to the welfare of the mentally ill led to widespread international reforms.”

Dix campaigned in order for their to be fair treatment of patients with mental health disorder. In a Memorial to the Legislature of Massachusetts in 1843, she said…

“I proceed, Gentlemen, briefly to call your attention to the present state of Insane Persons confined within this Commonwealth, in cages, stalls, pens! Chained, naked, beaten with rods, and lashed into obedience,”

During her campaign, Dix travelled to hundreds of prisons accrues the United States and documented the inhumane and cruel treatment that people with mental illness went through. From this, Dix was able to establish 32 mental health hospitals across the US, but also change the popular stigmatised perception of mental illness.

Although Dix herself went through a traumatising childhood, her caring nature made her fight for the right of others. She herself had an abusive alcoholic father and mentally ill mother, and she even had to run away from her house to live with her rich grandmother in Boston. She became a schoolteacher and, at the age of only 19, she opened a cool in her grandmothers mansion for young girls to be given formal education. And thats not all, once she had collected enough books, she opened a school for unprivileged children and ran it from her own home.

However, Dix suffered from many physical illness including severe cough and fatigue, which caused her to stop her teaching career and become depressed. Becoming inspired by her own mental illness, Dix travelled to Europe to try and find a cure for herself and while she was in England, became motivated to reform the treatment of the mentally ill. Her dedication was driven by the fact that she taught Sunday School at a female jail, where she saw first-hand how the inmates were chained to beds, starved and abused.

Clearly, Dix proved herself to be a huge role model and influencer in medicine, without her motivation and will power, we may have never seen the change in mental health reform we have today. the American Psychological Association State said:

“Today, we need more champions like Dorothea Dix to provide leadership to change attitudes and policies to enable all Americans with mental illness to recover and live full, productive lives in our communities.

Dix is a role model to others who want to reform how people with serious mental illness are treated. She provides an example of how dedicated individuals can help change society for the better.” 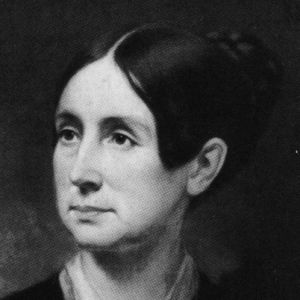