A group of researchers from various institutions in the United States have discovered and modified a drug that is able to inhibit the movement of cancer cells.

This technique is indeed very unusual, and hence received a lot of suspicion in its initial stage of development. The team found it very difficult to receive funding. However, thinking about it logically, it is actually a very smart technique that is likely to provide hugely successful results. As described by ‘Medical News Today’, “Cancer research tends to focus on finding more efficient ways to destroy tumors, but the more the cancer cells spread, the harder it becomes to eliminate them. So, in order to “contain” cancer as well as destroy it more easily, it would be useful to inhibit these cells’ capacity of movement.”

It took the researchers many years to find a drug that could work as precisely as possible, while also having minimal side effects. By combining the talents of people who specialise in Biology and Chemistry, new molecules were designed that would be able to fulfil these requirements. As said by Professor Scheidt:

“We started off with a chemical that stopped cells from moving, then we increasingly refined that chemical until it did a perfect job of stopping the cells with no side effects,”

The molecule that was finally decided upon is known as KBU2046. It interacts with heat shock proteins and protects cells from degradation. The drug is very good in inhibiting the movement of ONLY cancer cells because it does not affect any other type of protein.

The drug hasn’t been tested on humans, trials up to now have been conducted on mice and human cell models. So, the researchers next hope to try and get funding to conduct trials on humans and eventually bring the drug into the light to be used as a widespread treatment for cancer. 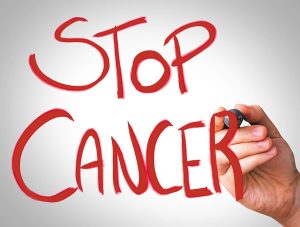 Thank you for taking the time to read my blog. If you enjoyed the read feel free to comment down below your thoughts.