Today, i’m going to tell you about a Leonid Rogozov, a medical professional (surgeon) who was also a member of the 6th Soviet Antarctic expedition.

In 1960 several weeks into the expedition, he found that he started to suffer from some of the most common signs of appendicitis: he began to suffer from very bad nausea, weakness and extreme pain in the lower right abdomen. They were at the point of their expedition where returning to civilisation would leave it too late, so the only option Leonid had was to treat and operate on himself.

He wrote on his expedition:

“Still no obvious symptoms that perforation is imminent, but an oppressive feeling of foreboding hangs over me…This is it…I have to think through the only possible way out: to operate on myself…It’s almost impossible…but I can’t just fold my arms and give up.”

In order to perform the surgery, he asked three of his colleagues to help him. One of them held the mirror and adjusted the lamp, another gave him the surgical equipment, and the last person was present just incase one of the others fainted or became nauseous – they were also taught how to revive Leonid incase using adrenaline in case he became unconsciousness.

The ‘surgery’ was done at 2a.m on May 1 1961 and although Leonid needed to take regular breaks due to becoming too weak, his self-surgery was successful and after two weeks, he fully recovered and was back to full health. 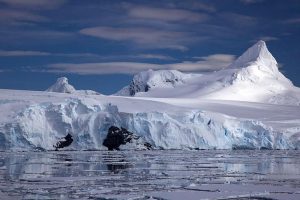 Thank you for reading this weeks blog. If you enjoyed it, feel free to share and leave a comment down below!