Alcoholism. How common is it? It is extremely hard to answer that question. As many alcoholics live through their drinking abuse in silence. However just take this statistic: on average, it is estimated that the lives of five other people will be harmed when one individual becomes addicted to alcohol. 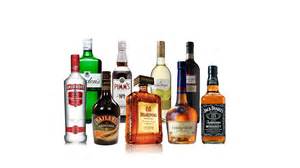 According to Government statistics, more than 1.4 million people are dependent on alcohol in the UK. 33,000 people die each year due to alcohol-related incidents or associated health problems. Alcohol is involved in 15% of road accidents, 26% of drownings, and 36% of deaths in fires. A quarter of accidents at work are drink-related.

Realistically, every body loves and enjoys a drink from time to time, however when this becomes excessive, it can cause problems.

By definition cardiovascular disease  generally refers to conditions that involve narrowed or blocked blood vessels that can lead to a heart attack, chest pain (angina) or stroke. Thus possibly leading to death. In the UK it is estimated that 2.3 million people suffer from heart disease. New research examines the link between arterial stiffness – a significant indicator of cardiovascular health – and alcohol consumption over time.

The research was conducted by Darragh O’Neill, Ph.D., who is an epidemiological researcher at University College London in the United Kingdom. He found a link between heart disease and alchol. He found that overconsumption of alcohol can lead to stiffness of the arteries occurs when the walls of the blood vessels lack elasticity, which can negatively impact the artery’s response to variation in blood pressure.

Consistent moderate drinkers at risk were defined as those who consumed between 1-112 grams of ethanol per week, so less than the 14 units. One U.K. alcohol unit is roughly the equivalent to a shot of whiskey or half a pint of beer. So when thinking about it in terms of a night out, that is 7 pints of beer or about 11-14 shots.

Interestingly, after the longditudinal study it was found that after adjusting for several factors including BMI, heart rate, and arterial pressure, the associations were not significant for women, even though 73 percent of the study participants were men. By no means does this mean women are free to drink as much as they like, as there are many other health risks alcohol can lead to.

After vigorous research, they also found that alcoholism could lead to aging of the arteries.

The researchers finally concluded that excessive drinking can increase risk of cardiovascular disease, especially in men. They also found that constant heavy drinking can affect the arteries, thus interfering with blood flow. So I can conclude from this, that maybe its about time people really started looking into how MUCH they are actually drinking.