Gynecology is one of my favorite specialties in medicine. I find it fascinated how the vagina, uterus and ovaries can do such an amazing thing: reproduction. However women aren’t the only things needed for conception, obviously a male is needed too. 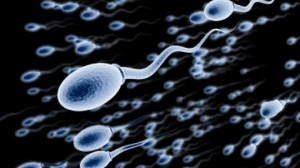 For years, it has been a woman’s job to protect against unwanted pregnancies using birth control and tracking our cycles. However there has recently been a change in events.

A new research study suggests that Men can take birth control shots to prevent pregnancy in their female partners. Researchers are still working to perfect the combination of hormonal contraceptives to reduce the risk of mild to moderate side effects, including depression and other mood disorders.

The hormones contained within the shot work on lowering the sperm count in males.

In the study the men were given injections of 200 milligrams of a long-acting progestogen called norethisterone enanthate (NET-EN) and 1,000 milligrams of a long-acting androgen called testosterone undecanoate (TU) for up to 26 weeks to suppress their sperm counts. The hormones were effective in reducing the sperm count to 1 million/ml or less within 24 weeks in 274 of the participants. The contraceptive method was effective in nearly 96 percent of continuing users. Only four pregnancies occurred among the men’s partners during the efficacy phase of the study.

However the injections gave some side effects that made 20 men leave the study. The men reported side effects including injection site pain, muscle pain, increased libido and acne. Also many mood disorders were reported such as depression.

Despite these side effects more than 75 percent of participants reported being willing to use this method of contraception at the conclusion of the trial.

This shot is not available yet but hopefully within a couple years, this may be an option for contraception.