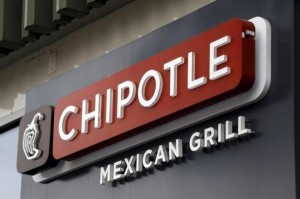 Today I thought I would talk about something that came up in the news back in December of 2015. The story centred around the US Mexican Grill food chain Chipotle, one of my favourite places to go and eat (despite the fact that guac is extra). As of December 4th, there had been a total of 53 cases of E-coli O26 infections in over nine states, including California, Illinois, Maryland, Minnesota, New York, Ohio, Oregon, Pennsylvania, and Washington. 27 of those cases had occurred in Washington, which is a state which is particularly close to my heart as that is technically where I live. The connection between all these cases? Everyone who had contracted E-coli had eaten at a Chipotle in the week before they had started to show their symptoms.

In response to the early outbreaks in November in Oregon and Washington, Chipotle closed 43 restaurants and, in partnership with the FDA ( US Food and Drug Administration) started undergoing a series of tests in order to locate the source of the Shiga-toxin producing Escherichia coli O26 or STEC O26. Chipotle confirmed that all microbial testing performed by the company did not yield E. coli (more than 2,500 tests of Chipotle’s food, restaurant surfaces, and equipment all showed no E. coli) and no employees in these restaurants were sickened from this incident. After further testing of fresh produce, raw meat, and dairy items prior to restocking restaurants, Chipotle then continued to implement additional safety procedures, and audits, in all of its 2,000 restaurants to ensure that robust food safety standards are in place. Not only that but deep cleans and sanitations took place in all of the closed restaurants in each one of the states.

Now my favourite restaurant is open again but it may appear that their reputation may be tarnished for the foreseeable future. But why was this outbreak taken so seriously? I of course have heard of E-coli and know you can get it from some types of beef. However I don’t really know why it is so bad and how much damage it can really do. I surely can’t be the only person who doesn’t really know what is going on? So of course I did some research and here are my findings.

E. coli is a type of bacteria that lives in the intestines of humans and animals. There are many different  types of E. coli many of which are harmless. However there are several  types can make people very sick.

The most prevalent and in many cases the worst type of E. coli, is known as E. coli O157:H7. This strain causes bloody diarrhea and can sometimes cause kidney failure and even death. This is because this particular strain makes a toxin called Shiga toxin and is known as a Shiga toxin-producing E. coli (STEC).  This is the same toxin present in the E-coli associated with the Chipotle outbreak. Shiga toxins act to inhibit protein synthesis within target cells. They do this by cleaving a specific adenine nucleobase from the 28S RNA of the 60S subunit of the ribosome, thereby halting protein synthesis. From studying this in A level Biology, I know that the consequences of this can be catastrophic.

One severe complication associated with E. coli infection is hemolytic uremic syndrome (HUS). The infection produces toxic substances that destroy red blood cells, causing damage to the kidneys and those suffering from it can require intensive care, kidney dialysis, and transfusions.

Thankfully no one who contracted E-coli from Chipotle died but 10 people were hospitalized as a result. Whilst they are still under investigation from the FDA to find the specific food source of the outbreak, Chipotle have opened up their stores again, to the joy of many of their hardcore mexican food fans. For now however I may just make my own burrito at home.